Crawling up the impassable walls

I have just discovered new tilesets and I eagerly went about trying several new packs out.


After my initial fun, I started organizing my tile sets into new tile set categories for use. I know the basic rules- X= impassible, O= passible, and *= able to go behind. after I organize my tilesets, I mark them accordingly. On one new category I used some interior pre-sets, namely the walls and floors. I copy the normal interior category exactly (which isn't hard as the A tab practically marks them for you) and proceed to build. When I placed down an event, I went into test play to see if my event is going to work the way I wanted it to. That's when I noticed that my character was able to climb up the walls. I wasn't pressing any buttons other than the directional buttons, so I wasn't using the testing cheat. I figured I made an error and checked my data manager. the walls were marked impassible. I test played again. I can still climb the walls, but all the other tiles I marked impassible (in different tabs) were working just fine and stopped my character from moving on them. After doing some side-by-side comparisons to the pre-set interior tileset, I found that everything was set identically, and there was no reason for this phenomenon to occur.


First, I would like to point out that I'm not a serious producer, I tend to make stupid little games for my friends and myself. If I ever publish in the future, they'll likely be free to play.


Second, I don't mess with scripts- because i don't understand them (and by that I mean custom scripts. I use the simple, select-able commands in the event windows) so this is not a script issue.


I've never dealt with this issue before... and I have been messing around with RPG Maker VX Ace for years!

Two things come to mind: On sheet B, is the top left corner still set to * passability? It must be or it will mess up passability settings (though I thought it was usually to make things impassable that should be.)  If not that, are any of the tiles touching the wall set to O passability? Sometimes being able to walk on something next to a wall allows access to the wall.
Last edited by a moderator: Aug 4, 2016

mlogan said:
Two things come to mind: On sheet B, is the top left corner still set to * passability? It must be or it will mess up passability settings (though I thought it was usually to make things impassable that should be.)  If not that, are any of the tiles touching the wall set to O passability? Sometimes being able to walk on something next to a wall allows access to the wall.
Click to expand...

Who knew something so small as the * in the upper left of another tab could throw so much out of whack? I just tried it going "no... it can't be...?"


and it actually worked! Again, I'm not a programmer by any stretch of the imagination, and I'm aught to derp out quite a bit.


and even though I may have been playing around with RPGMVXA for years, I never really extended into using custom stuff until recently.


Thanks much =w=' I wouldn't have thought about that in a million years.

This explains a bit of the "why".

You have an older version of the editor.  The newest version, 1.2.0 does not allow you to make this mistake - it forces that tile to be what it's meant to be.  I suggest you grab the update.


The upper left tile in the B tab is the 'erase' tile.  That is the tile that is on your upper layer by default, unless you put another B-E tile there.  The * says "take the passage setting from the next tile down".  So if you change that from * to O, you will find that you can walk on every tile, and if you change it to X, you won't be able to walk on any tile (unless you have another B-E tile placed, and then that tile's passage setting will apply).


This is also in the help file, and probably a number of the beginner tutorials available.

@Shaz  the OP has Ace, not MV - there is no version of Ace that has that problem fixed, it was only fixed for the latest MV version.

DoubleX
Anyone here managed to never burn out on programming? My current limit is 3 months(6-8 hours per day, 7 days per week, 50 hour programming week on average), and then I just have to take a break, sometimes lasting few days(with at most 2 hours on programming per day). I've been always like this so far, so I admire those who can always be so passionate on programming
Today at 7:08 PM •••

Devildimos
This is starting to become a momochi collection y'all!
Meet Swefo The candy Eater! 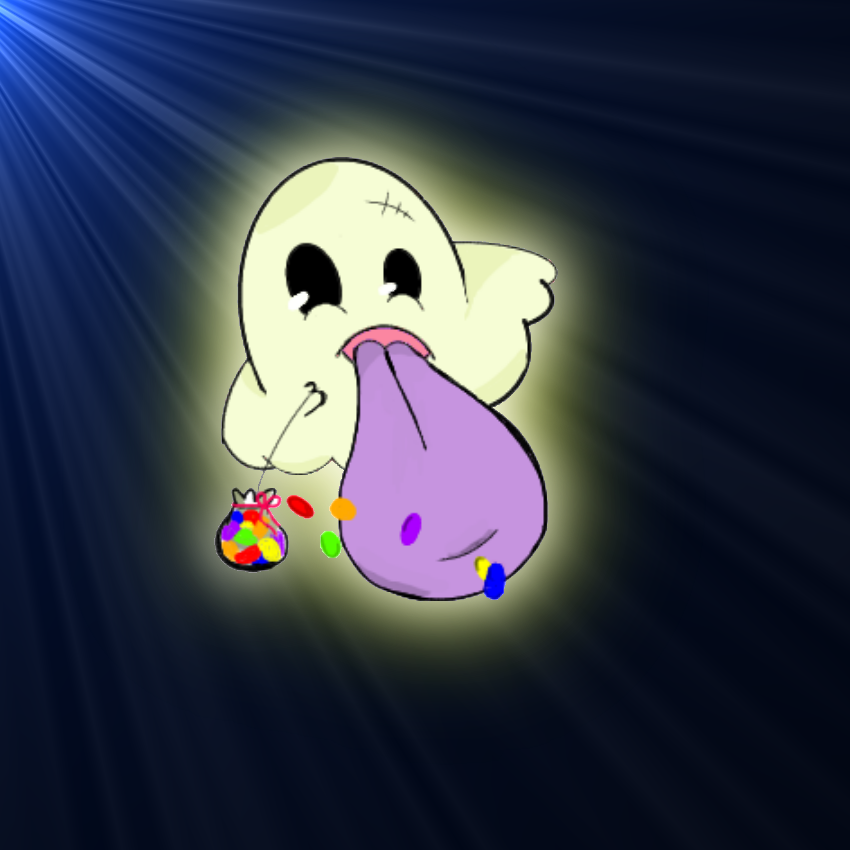 Storyteller-Hero
Automatic level scaling without an option to turn it off can be a very bad choice for a game. The worst I've ever seen was in Nightmare of Druaga, where if a power outage made your system turn off, the game detects it as an attempted cheat and overwrites your save while taking away your best gear, leaving you unable to progress at the late stages of the game, and unable to recover.
Today at 4:54 PM •••

CraneSoft
Problem with sequels: Heroes getting rid of all their items and forgets all of their skills within the span of a year without explanation.
Today at 3:54 PM •••

FrozenNorseman
I can see the end of my prologue. Perfect time to decide to pull everything over into MZ, right? Right?!
Today at 3:26 PM •••