It's time to make....
An underwater map effect! by CrayDragon

Please note that this tutorial was written by CrayDragon for VX (and used Woratana's Multiple Fog Script for VX.) Hopefully I have caught all of the changes from VX to Ace, but I may have missed a few. Hugs, Granny.

With this here tutorial, you'll get a product similar to this:

Step 1: Create a map.
I'm sorry, this isn't a mapping tutorial D: So the only thing I can say here is DON'T ADD ANYTHING TO YOUR MAP THAT WOULDN'T MAKE SENSE UNDERWATER.
I.e. fire, lava, full-grown trees, etc.
Step 2: Variable Bits and Bobs.
If you already have variables labeled these from flashlight effects, etc. you can disregard all of the following step.
So, go to your variables editor, and select two variables you believe you will remember.
I chose my last two.
Label them:
Player's Screen X
Player's Screen Y
(Or anything you can remember that will suggest that. For future notice.)
Step 3: Pictures and Tints
Let me show you these images:

Save as Wareflec - stands for Water reflection - took me awhile....

These will be necessary for the full effect.

Event commands will be necessary for it too.
So yeah, import those to Graphics/Pictures in your game.
Then.
You are going to have to grab Woratana's Multiple Fogs for Ace for the next bit.

Once that's imported, along with my and Pentagonbuddy's picture graphics, make a Parallel Process event.
Event the following in a Script Call (commands page 3 bottom-right):

Code:
And below it:


Code:
So now you can kiss the scripting part goodbye.
Here's a good tint you can use for our little effect:

Code:
You can meddle around with that, but I wouldn't suggest it. It's either too green or too red X( A pain for the eyes.
Put the tint after the Script Call bit.

Are you wondering why the picture ID is 2? Well.
Make another Parallel Process event right next to this one (position doesn't matter, but it must be made.)
Event the following:
Control Variables: [Variable you picked for player's X] = Player's Screen X
Control Variables: [Variable you picked for player's Y] = Player's Screen Y
Show Picture: 1, 'waterfog', Center (Variable [PlayerX][PlayerY]), (205%,205%), 245, Normal
This bit is to make the blue mist follow the player around. It'll be centered on the player.
The size is big because otherwise it looks damned weird ,:/

Step 4: Move Pictures
Create a Loop (Ev commands page 1).
Within the Loop, you can place a command for Move Picture:
Loop
Move Picture: 2, Upper Left, (0,0), However transparent you want it to fade to, Add, amount of frames you want this to take.
For opacity, I used 175, and it took 80 frames.
Wait how many frames the first transition took, like 80 frames.
Move Picture: 2, Upper Left, (0,0), Transparency in it's final instance, Add, your used amount of wait frames.
Wait once again, your used amount of frames.
Repeat Above
Whew...oh my..... I need some sleep.
Well, you know the drill now, post up a screenshot of your result, and any bugs you encountered with this.
First thing to do with a bug is MAKE SURE YOU READ IT CAREFULLY.

Credit to Pentagonbuddy for the light beam graphic, and woratana for the script I made you add
Also, me (CrayDragon) and photographer Raul Touzon for the water reflection image.
Last edited by a moderator: Aug 1, 2014 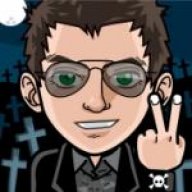 This looks awesome, I'm thinkng about doing some underwater maps in my game (maybe) so I'll go ahead and save this one for later!

Thanks a lot Grandma

I have a problem, and that is that it tints the bottom right of my screen a very dark blue, but toward the upper left, it's completely normal with almost no tint. Is this normal?

Hi Saber - I' m really happy you are using this tutorial. It was written for VX, and won awards at the time. =]


(I am wondering if the blue fog with the white opening is just the wrong size for your map.)
Last edited by a moderator: Jul 14, 2015

Could I by chance use this in a commercial game?

Of course you can.  It's a tutorial, not a resource.  It shows you how to do something.

Shaz said:
Of course you can.  It's a tutorial, not a resource.  It shows you how to do something.
Click to expand...

There are three fogs included.


Beam1 is by PentagonBuddy and you can use it commercially with credit. =]


I cannot find definite terms for the reflections but there is a caustics generator:


you can use to make another, for a small fee. I will keep looking but cannot find terms yet for wareflec.

Beam1 is by PentagonBuddy and you can use it commercially with credit. =]

I cannot find definite terms for the reflections but there is a caustics generator:

you can use to make another, for a small fee. I will keep looking but cannot find terms yet for wareflec.

For queries about a script, I suggest you open a thread in the Script Support section.

This tutorial isn't really about the script, and as it's not Granny's script she will probably be unable to help you. 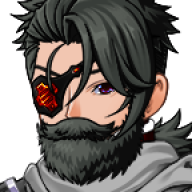 just a question when you doing the "move picture part" is that on the 1 event or the second event? or is a third event? o.o i got confuse

This is what I have atm: After reading it 10 more times and try 20 more times finally i got the result! except for the Water Fog it stays blue in a corner :/ but still looks good

Edit: After reading it 20 more times and trying other stuff finally I made it! this is awesome thanks!
Last edited by a moderator: Oct 25, 2015 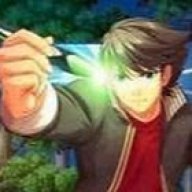 Just recently started on my own underwater areas/dungeons of my game and I have to say, this tutorial came very much in handy.

Thank you very much, GrandmaDeb! It wasn't hard to follow at all and it really does look superb in-game.

Will this work for MV?

DragonSoftware said:
Will this work for MV?
Click to expand...


You would be using MV Plug-ins, so commands, setting, would all be according to the plugins. =]


If the screen images are not the right size, they can easily be resized.

So how would I get this to work on MV? I don't need it just yet but would be good to learn it


I am not familiar enough with the plugins and regular features, but you are probably looking for something like this:

can i get some help im not getting the right look, its looking like N7Pankakes first screenshot and i dont know how to fix it? please help!? 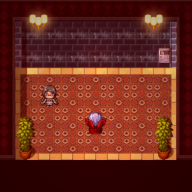 Touchfuzzy
There are only a few days left in our Spooktober Spooktacular Game Jam! Hope you are working hard to get your game in!
Today at 7:10 PM •••

NoPiessadface
Where do i have to play Heisei Pistol Show the same creator that made Re: Kinder Parun
Today at 6:02 PM •••