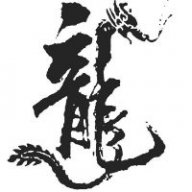 I'm making a game in pokemon style, the first problem is that rmmv does not support rendering multiple maps.
In pokemon the towns and routes are separated as small maps, but it uses seamless transfer to make players feel it is a single big map.

I have searched online for days but couldn't find a plugin for this feature. So I decide to make one by myself.

My idea is creating a new tilemap for the second map, just like what Spriteset_Map does for the main map. I added the new tilemap to _baseSprite after creating.

The heavy lag happens when two maps are scrolling. As shown below:

It's ok when player moves to left but keeps lagging after the second map is rendered.

Both maps are in default size which is 17x13 so it's not supposed to make any problem with rendering efficiency.

Anyone can give me a tip to solve this?
Thanks.

Or actually, I am a game maker not plugin maker. So if there is any plugin can do the same thing, it would be better.
More specific, the plugin should render two maps at same time, and allow player to move from one map to another seamlessly.
I know there are plugins to merge maps, but it's not the same. At least these merge plugins not allow different tilesets.

In pokemon the towns and routes are separated as small maps, but it uses seamless transfer to make players feel it is a single big map.
Click to expand...

So I will focus on this first, instead of helping you with the code(Because I think that others can help better in this case);

Did you try to make the transfer between maps without the fade option, instantly?
I think maybe you can simulate this with a parallax image.
For example, make the two maps.

Obviously, I do not test this, in theory, it may work.
If I had the time, I will make an example.
A plugin for preload the parallaxes maybe help when you are transferring, to avoid any delay.
Maybe you can use pictures too, but you will have to remove or change the place of each one when the player transfers.
I think the parallax is best for this.

here is a tutorial how to make transitions like pokemon (eventening).
Last edited: Mar 15, 2020

Eliaquim said:
Did you try to make the transfer between maps without the fade option, instantly?
I think maybe you can simulate this with a parallax image.
Click to expand...

How to handle animated tiles in your method?
It seems that screenshots are required for both maps when animated tiles changing.
So I think the render flow is similar as rendering two maps, where the game needs to draw two maps each frame.
But in your case, it may not lag because it only renders one map each time, not two maps at the same time.

I know this method, making common parts for each map, which increases the total amount of work I have to do. And also I have to handle events in the common area.
It's my last choice if plugin cannot make this feature.

Well... I have not though about that
With a lot of patience and practice, you can reproduce the animated tiles with a parallax plugin...
But I have seen the video that @ShadowDragon shows and I think it is a better way for doing it. It's best then use parallax I think, and you can use the animated tiles.
The logic is similar to what I show.

But I think, either way, you will have a decent amount of work, but I don't think this is a bad thing.

To render one map, it costs about 70ms so rendering two maps costs 140ms or even more make sense actually, which makes the game lag.

Another thing is the FPS drops to 6 and keep there when rendering two maps.

But I feel the real reason is deeper inside the algorithm and what I am going to try cannot solve the problem....

I found the reason that causes the lag.

When mv rendering a tilemap, its shader uses the tileset that is loaded into webgl.

When rendering two maps, let's say map1 and map2, and also the two maps will be rendered in this order, MV will load tileset1 for rendering map1. Then it loads tileset2 for rendering map2. Because it can only store one tileset (not means it can't store more but mv writes in this way), it keeps switching two tilesets.

We know that the tileset is a combination of many pictures so it's big, and of course loading tileset will cost a lot time.

Normally the tileset is loaded only when the actor goes into a new map. So it is only loaded once and never change during rendering.

Well, now I have to figure out a way to change this way of rendering...

Ryisunique
I finally caved and bought myself a Switch.
Today at 12:32 AM •••

Stimulantfound
I'm having some trouble finding an established sub-genre to classify our current project. Effervesce Fallacy™ is loosely based on chaos theory . . . does anyone know what this sub-genre is called?
Today at 12:00 AM •••

BoredDudesGames
I figured I should start off with a game this (I think at least)would be easier to program. Demonstrating Card drawing for Black Jack