[Criticism Requested] Is this Puzzle a fun challenge or will this be too tedious/annoying for players?

Heya guys!
Just here to ask some thoughts on a puzzle idea I had (Haven't coded it in yet since I'm still working on the tile set for the map). Just for some context this puzzle is a little bit past the mid-way point of the story, meaning players are expected to know a majority of the controls, how to interact with objects, etc...
So here's the puzzle.
There are 3 unlit torches, all with different colored bases and doors with colors corresponding to the torches next to them. There are 4 doors, one of which is already open. In the first room it just gives the basic idea of the main concept for this dungeon. Lighting yourself on fire. That’s right, lighting yourself on fire is key for this puzzle.
When on fire it changes your sprite (to signify that you are indeed on fire), and every few seconds it will damage you, luckily there are healing pools to jump in that, not only remove the fire, but also heal you back to full health. (Planning to use variables for the majority of this since that’s what I know how to use best). Fire will also extinguish itself automatically after, say 30 seconds. The way you open the doors is to interact with whichever torch correlates with the color of the fire you've ignited yourself with.
For example, let’s say the first unopened door has a candle next to it that is blue. You need to be lit on fire with blue fire, but when lit you can only ignite the blue torch to activate the blue door, meaning you cannot activate a red torch with blue fire, or a blue torch with red fire.
I'm mostly just worried that players may find the task annoying, not only since they'll need to do this 3 times before the door they need to progress is opened, but also since there is a boss inside of the room opened by the final door that players will need to fight. I just wanted to get some second opinions to see how all of you guys feel about it, since I don't know weather to tone the challenge up or down for when I begin to put it together.
Oh also be sure to let me know if this is in the wrong place, I figured I'd just put this in the general RPG Maker MV forum area since that's the engine I'm using. Though if there was a 'criticism wanted' part of the forum that I didn't know about, let me know and I'll try and ask one of the mods to see if I can move it over there.
Thank you!!

MV Support is more for "How do I...?" (implementation) questions, sorting out glitches, that sort of thing.


I've moved this thread to Game Ideas and Prototypes. Please be sure to post your threads in the correct forum next time. Thank you. 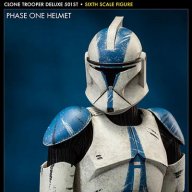