This is a script which allows you fade out one audio into another audio at the same spot. Sounds easy enough to do already I'm sure, however it works a little differently than you might imagine and actually requires a bit of modification and tweaking to work properly. Also note the "cross" part of "cross fade". This means that the old audio file continues playing while the new file begins (at least somewhat). Note that this script is not "perfect" but it's about as good as you're going to get without someone doing some serious modifications. I will also explain the issues with this script below.

Place this script anywhere in the materials section above main. If you notice incompatibility with another script, place this script above that script. If you still experience incompatibility issues, please post what scripts you are using as well as what kind of error you are getting. This script is easy enough to use and just requires you to enable a single variable to begin using cross fade, however there are a few limitations you can use while actually using cross fade.


As I mentioned there are also certain issues with the script which I am unable to resolve (and most likely never will). The issues are as follows.


What does it work with?

It should work with most other scripts. It modifies the Audio module, so unless someone else decided to edit the audio module, you should be good.

Version 1.0 (base script, 6.4.2012) is available from my pastebin account here or from the demo on my mediafire account here.

Permissions beyond the scope of this license may be available at http://cphouseset.wo...d-terms-of-use/.

A while back Raven Blue approached me to create a script like this for VX. Sadly my meager Ruby skills are not enough to really do anything extraordinary, so I wasn't able to do it. Now with certain new things I am able to create the desired script with Ace. Also, I probably need some music credits. Windhollow Cavern was composed by Raven Blue for use with this script. Might be a good idea to track him down and ask him if you can use it before you do. Megaboss was composed by amkrogh89 and can be obtained from his thread here. Rigid Paradise was composed by ZUN and was used in Touhou Project. It was just the music I was testing with, so I don't really recommend stealing it, even though I kinda did "borrow" it....
Last edited by a moderator: Oct 16, 2012 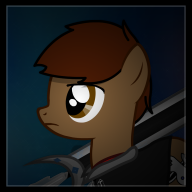 Is there a way to make it so when a song is already playing, and you have it set to play that same song again on another map, the song won't crossfade or attempt to load the song and end up looping its fade if the song is in a Parallel Process event?
You must log in or register to reply here.
Share:
Facebook Twitter Reddit Pinterest Tumblr WhatsApp Email Share Link

Storyteller-Hero
I've started up Pillars of Eternity. It's interesting how the game does a "select choice" cutscene using still image art for dramatic flair. I wonder if that might work for my RPGMaker project.
5 minutes ago •••