So I'm trying to learn the math/mechanics behind a CTB battle system. I found this Googling but found some of it confusing. Specifically, step 1 says that:

Calculate the average speed of each member of the combat, (sum all of the speeds of enemies and characters, then divide the members speed by this sum, you know, average)

However, shouldn't a unit's avg speed be TotalSpeed divided by # of units?

What should my approach be if my current battle system (which I'm trying to edit, not replace) currently manages turn order via an array in which the order of said array elements dictates the turn order? This is the function that handles turn order in LeTBS (Lecode's Tactical Battle System):

JavaScript:
Note that return eval(Lecode.S_TBS.turnOrderSortMethod) simply refers to: b._battler.luk - a._battler.luk
Basically, LUK is my Speed stat. Anyway, I'm simply trying to figure out how to manipulate the array so that the turn order can have a CTB mechanic instead of the basic "fastest to slowest" turn order.
Last edited: Saturday at 3:11 PM

Frostorm said:
What should my approach be
Click to expand...

I would download an existing CTB plugin (Yanfly's is free) and see how it's implemented. It's got a fair number of moving parts. 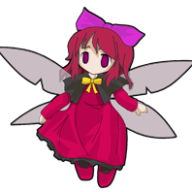 Frostorm said:
However, shouldn't a unit's avg speed be TotalSpeed divided by # of units?
Click to expand...

As the article itself says, it uses, I quote 'terrible pseudo code', so yes, it is good to keep your logical thinking while implementing it.

The article probably doesn't have in mind apparition of enemies mid-way during combat, so for it # of units basically a constant since it will be the same for everyone. You could replace it by any other constant, it wouldn't change the core thinking.

Hollow 1977
Hi everyone! Enjoying this nice long weekend. How are you all doing?
11 minutes ago •••

Storyteller-Hero
I just successfully tested having events check if specific actors are in a particular party slot and then changing image to match. This will let me make scenes take into account who is in the party at the time and arrange them accordingly - this is important since I'll have extra actors beyond current party. The script used is the same from MV and is compatible with my current core plugin setup in MZ. Thank goodness.
31 minutes ago •••