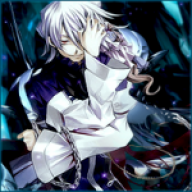 Hey, what's up. I'm looking for a little help here, I want to modify the title's command window so it displays four options: Story Mode, Campaign Mode, Options and Shutdown. Anything of the likes of this description is more than welcomed.

You'd have to make a new script that overloads the default command window:

add_command("Story Mode" (you could always change the new game part of the database to Story Mode and keep this as Vocab::new_game), :story_mode (or keep this as :new_game))

You would then need to add methods called story_mode, campaign_mode and options to process the appropriate choices from there.

So adding another script (presumably above Main) solves this? Also, it'd be great if someone could bring a somewhat more detailed tutorial of how to make it.

the method it show you is incomplet what it will do if you do a campaign mode or a story mode?

I'm not sure this qualifies as a tutorial, but I'll try to explain it in more depth.

make_command_list in Window_TitleCommand is the method which shows all your menu commands. Each command is added via a call to "add_command", which takes up to four arguments: the name of the command, its associated symbol, a flag determining whether it's enabled, and arbitrary extended data (which as far as I can tell is only used to record the skill type ID of skill commands in battle). For example, the default menu:

This shows that the window will have three commands: the first will be called whatever string is set by Vocab::new_game, which is "New Game". Its associated symbol will be :new_game. Second will be "Continue" with the symbol :continue. Whether it's enabled or not will be determined by the flag continue_enabled. Finally is the shut down command, which will be called "Shut Down" and its associated symbol will be :shutdown

I actually missed a step as the associated symbol is only the first part of incorporating custom commands. Now that you have your command list:


you set the handler methods for these symbols in Scene_Title:

Now you need to create methods for the commands to actually perform the things they're intended for. If you look at command_new_game for example, you'll see what happens when a player selects "New Game" in the default title menu.

You'll have to make your own methods for story mode, campaign mode, and options.
Last edited by a moderator: Apr 17, 2015

Also, I would want to have save slots for each campaign, which means that if I save my progress on Story Mode when I open Campaign Mode said save won't appear. How do I do that?

That's a bit more involved. If I get time today I'll explain how to do that, but as a general bit of advice what you're looking to do will involve setting a temporary variable to track which mode was chosen, and edit the setup_new_game method in DataManager so it has an if statement determining what the start map/coordinates are. As for having separate saves, that would involve having a duplicate contents variable in DataManager and, again, branching to see what the mode variable is to determine which contents set to save to/load from.

Also, I would want to have save slots for each campaign, which means that if I save my progress on Story Mode when I open Campaign Mode said save won't appear. How do I do that?
Click to expand...