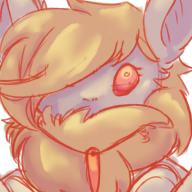 Hey everyone, I'm new around here and still a little green with RPG Maker itself. I wasn't entirely sure where to put this so sorry if it's in the wrong area of the forums. Anyway, the advanced functions are still a little nuanced to me but I'm having a bit of trouble with the menu systems. I've looked up countless tutorials and went digging as much as I could so all the basic ones that come up on google search I've already checked into.

Basically I want a custom menu screen which is easy enough to do with calling pictures and all that. But where I'm having trouble is that I want busts to be also visible on the screen along with stats. "But wait" you say! "Just bake it into the map!" Well the trouble is that it's a monster collection game and I want to be able to trade the busts out dynamically to reflect the monster actors in the party. I really like the way Galv has the busts call based on the face actors and the relevant bust in the pictures folder but that's only for the message system. This menu is the last big hurdle I have in the game... well that's not true I have an advanced battle system I'd like to implement but that would be for a later date. This is the last thing that's bugging me before I can move on. Any help would be appreciated and most welcome! I would rather not have to dig around in the code but if I have to I guess that's what'll have to be done.

Also the artwork was done by me, just in case you were wondering, a little unfinished I know but it works for now. 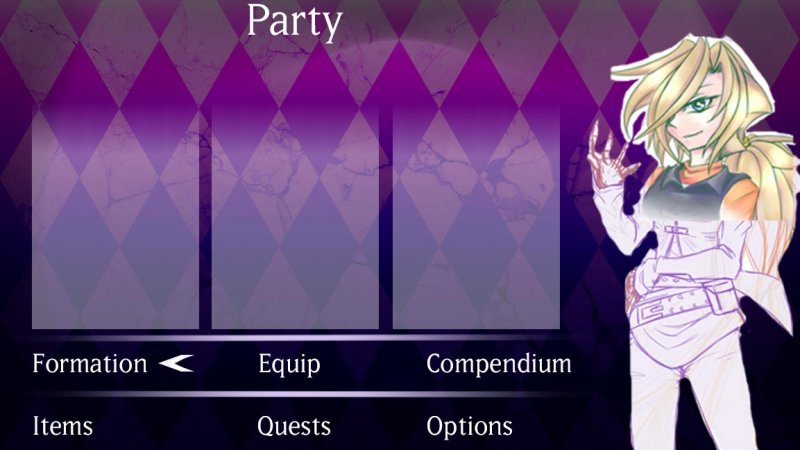 Okay so I found a work around that I'm not 100% on but I found functional, I basically made the windows transparent and using SRD's super tools (which I found didn't work as long as the background plugin was on) I was able to organize it the way I wanted and made this the back drop for the menu. Again, it's not perfect but it works for now and I can always touch it up later as long as I have something passable. 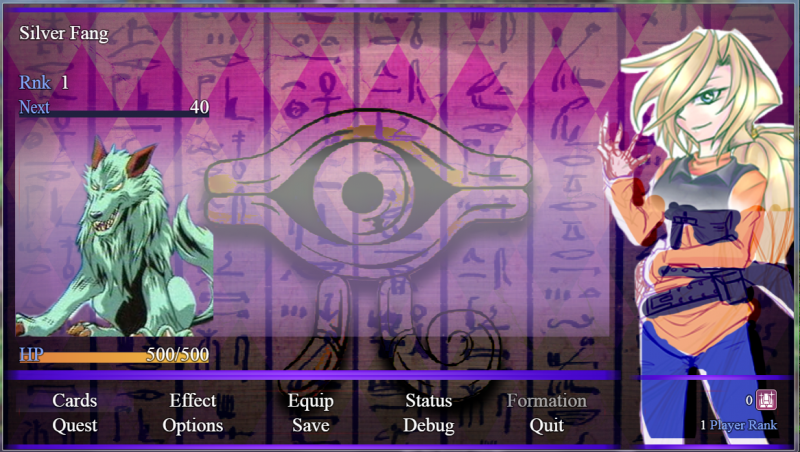 rux
The most words I have ever written in an entire document is in my game's script, jeez i have a lot of characters that ramble on
27 minutes ago •••

Alador
Yes! I finally did something! This is a picture I drew of what I wish I looked like; I hope that you guys like it! 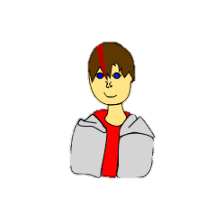 Featherbrain
Finished that egg-sitting mini-game I mentioned here a couple weeks back. Now to fix the weather system so it doesn't rain indoors while you're playing it. >.> A simple fix in itself; leave it to me to take it as an excuse to completely revamp the time/weather/lighting system from scratch.
Today at 12:08 AM •••