Hi, I'm trying to customize the Select Item menu. It disables other menus and appears at the top. I was wondering if it was possible to make the selection appear over the previous window box, appear with a transparent background and/or move around (For example, appear in the middle).

But I'm not sure how to edit that. (Btw, even putting in a relevant variable number and n value, it behaves oddly. It runs the lines after and then opens up the item selection) 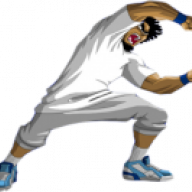 That is the code to call it, if I remember right.

Solovei
Just evented my first minigame, no plugins~
47 minutes ago •••

zerobeat032
I feel still screenshots don't do my game justice. the characters don't move, but the filter over them does...
Today at 11:57 AM •••

Jrrkein
Wonder if this year, there be more MZ plugin than MV or that MZ is still small compare to whole MV collection
Today at 11:24 AM •••