If you've ever used RPG Maker 2000 or 2003, you should remember a useful little feature, the map transitions.  Events had commands that allow you to easily modify or use these to make your events and transitions more dynamic.  You could quickly wipe the screen with a transition then continue your event.  It was in general, a very useful tool. If you're using RPG Maker XP, VX, or Ace, you've already noticed that this feature no longer exists.  However, there is a fairly easy way to mimic this effect using a few different commands and script calls.  This tutorial will teach you how to use these during a cutscene and then how to set them up for a map transfer.

This tutorial requires a rudimentary knowledge of how events function and flow.  Other than this, the methods shown here are relatively simple.  For this reason I feel this tutorial is somewhere around Normal level.  Notice that while the events shown in this tutorial are from Ace, the same basic skills may apply to other makers, just with slightly different names.

First of all, we need to prepare our custom transition.  This means getting the required files for the event.  Transitions use a black and white image to determine how the images are wiped.  XP had 20 of these, but VX and Ace only have one.  You can occasionally find some of these graphics listed as Battle Transitions on different websites.  Alternatively, you can make your own.  If you do, remember that the image wipes from the black sections first to the white sections last.

Once you have your image, import it to the Graphics/System folder (or Graphics/Transitions in XP).  Go to the resource manager (or press F10), click the "Graphics/System" option on the left, and press import.  If the dialogue pops up asking you to select transparent and translucent colours, just press the "clear" button since we don't need those for this type of graphic. The first thing we'll learn to do is perform a screen wipe during a cutscene.  This method will allow you to fade the screen to black using a special transition, but still allow events to continue.  So let's set up the cutscene.

If you followed the directions, your event should look something like this one:

This method is similar to the one we just did a moment ago, but has a few additional steps.  To set it up, create a new event you want to use for the transfer.  We then have just a few steps to go.

And that's pretty much all there is to it.  If done properly, your event should look like this one:

So, it's not the quickest method, but it is a pretty decent method for erasing and redrawing the screen with transitions.  You could also skip a few of the middle steps to perform a transition from one map to another with just a transition and no screen fade.  Really there are quite a few different options.  This also shows how minimal scripting effort is required for certain things.  I'm sure people will think of ways to use this that I never could have imagined, that's why I wanted to share this trick.  As always, enjoy!

You have no idea how much I love you for this tutorial. I've been DYING to see this again. 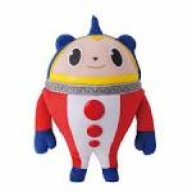