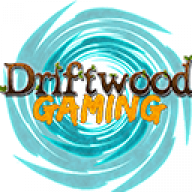 How's it going everyone, in this special request RPG Maker MV tutorial I'll show you how to easily create the cursed weapon or armor effect used in many games like Dungeons & Dragons. The idea is once you put on the cursed weapon or armor you are unable to remove it until the curse is lifted. Which can be easily controlled with a control switch operation. This was a special request tutorial for KhaosControl who makes a cameo appearance (vocal appearance) in this video, thanks for saving me from reading more youtube comments in the video Khao.
If you've enjoyed this video please consider giving it a Like, Favorite and share. You could always Subscribe to the channel if you haven't already and as always, thanks for watching and we'll see you in the next video!