Damage based on status effect 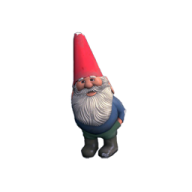 I want a skill that does more damage on an enemy that has a status effect like stunned.
Is that possible to do?

yes, with damage formula coding - but you need to specify which maker you want this for, because different makers use different coding languages.
your profile claims that you are using MV (javascript), but you posted in the forum for VXAce (RGSS3)

But, what's the formula?

Note that the [] brackets are just for making it more clearly visible, these are NOT part of the formula; you have to use only alphanumerics, like so:

Code:
This would, assuming state 2 is the default Poisoned, deal 5000 damage to the target if they're Poisoned, but if the target is not poisoned, it only deals 100 damage. You can use the usual things like

Code:
as well and you can even do combinations, like if the target is under a second status that would cancel the first one's effects, like so:

Code:
This would require state x but NOT work (Negative AND) if state y is in place, too.