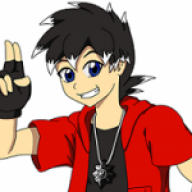 I'm a little shock that the Dark Cloud Weapon script from VX and VX Ace never carried over to MV yet. Anyway, I want to request this Plugin as I'm looking for a Plugin that allows you to power up and evolve your weapon from using it in battle and earning Weapon EXP from defeated enemies.

For those of you who don't know in the PS2 games, Dark Cloud and Dark Cloud 2 (Dark Chronicles in JP), in those games you have Weapons that gain levels and become more powerful and when they reach a certain level or cap you can evolve it into the next form with branching forms to pick from.

The reason I'm looking for this kind of Plugin is I have a game idea in mind where my Protagonist has a Divine Weapon as his starting weapon. However, its powers are sealed and can only become stronger and awaken its abilities by defeating enemies and leveling up to unlock more of its strength. Sadly there's nothing I've found so far that has anything like what I'm looking for except for the Dark Cloud Weapon system that existed in the VX and VX Ace era.

Here's what I'm sort of looking for in this Plugin:
There's really not that much to this Plugin. It's kinda simple system, but can really be complex if you want to. Not to mention you don't have to have all Weapons to have levels or upgrades by keeping the Notetags blank or not using the specific Dark Cloud Weapon Plugin note tag.

EDIT: This Plugin doesn't have to be JUST for Weapons. I would like to have this Plugin work for Armor and Accessories as well and any other equipment players might want. Allowing for more customizing their favorite gear or have special gear that needs to power-up by using it in battle over and over again. I guess you can call this Plugin an "Equipment Leveling" Plugin that's based off of the Dark Cloud system.

I also like or hope that it would be capable with Yanfly or other Plugins too without too much worry. I like to see if I can combine this Dark Cloud Weapon Plugin with a Weapon Customization Plugin. Such as each Weapon has a slot when you can affiliate an item onto to boost the Weapon stats, give it special abilities, and/or element powers as well.

If anyone know the kind of Weapon Customization Plugin I'm talking about, please point me to it. I might have missed it somewhere.

I really want to have this kind of Plugin for MV and I think it can really add a lot of play-ability and customization for Players for different playstyle. Please and thank you!
Last edited: Apr 17, 2018

Dark Cloud 2 is one of my favorite RPGs and I actually started to write a plugin for a similar weapon leveling system a while back for my main project but I got distracted with a side project. It's on my list to finish, but probably not for a while (months... or more).

I was planning to do a few things differently than you described:
But, it's a long time away from being finished and even then I'm not sure it would be generalized enough to release as a plugin (might be too specific to my project).

Good luck though! Keep trying, you may be able to find a way with clever eventing and combining other plugins.

Someone else asked for a weapon level plugin today as well. It's on my list but my list is getting long. Can't say when I'll be able to implement this but I likely will someday unless someone beats me to it.

Oh wow... I wasn't expecting someone to post or that someone HAS been working on this as well.

Honestly it's a shock something like this kinda of Plugin hasn't been made yet.

For my game my characters have levels so they have their own Character Skills tied to them (and using Yanfly's Limit Point and Skill Learn Plugins to gain stronger tier of those skills) along with Weapon Skills that's tied to the Weapons themselves. Which is why I like to have the Dark Cloud 2 Weapon Leveling system.

But not limited to just Weapons, but all equipment. So you have the mystical gear that needs up unlocking and I want to do that for my Protagonist in my game idea. Looking for a way for this to be possible.

I don't mind if you can change how you level it up. Honestly it's simple for me, I want the gear to reach max level and then you evolve it into the next form. No materials needed. So basically you can have the ultimate form of your equipment at the start of the game, but that requires a lot of grinding.

I would love to make the Plugin myself, but I have no experience with coding even though I did do Java in High School. I'll try to look into how it could be implemented, but I hope it happens one day soon. I REALLY like to combine this Plugin with Gear Customization, the one where you put certain items to further improve and add effects to your gear (and you can unlock more slots on them).

It would make for an interesting and fun system.

Thanks for letting me know this Plugin is in the works. I do hope it comes out this year at least.
Last edited: Apr 20, 2018

Well, I didn't say that I was actively working on it just yet. It's on my list, along with a dozen other plugin ideas, which simply means that I like the idea and will probably work on it when I have time. One thing you should know about my plugins, though. As my knowledge of the RPG Maker engine grows, my plugins have been getting more advanced and feature rich. This is both good and bad.

The bad part is that they take a lot longer to implement. The good part is that they are very customizable. I'm currently working on another idea that's been popping up a lot around here, a Hunger, Thirst system. While I was able to crank out a simple system to cover this in only a few days that met a couple people's needs, I've since spent the last month refining it into something much more powerful and awesome.

So while I do plan on making this, don't expect it soon. It's not at the front of the list and when I do make it, it'll be more than just a weapon leveling plugin. It'll also work for Armor, possibly spells, probably incorporate a FF7 Materia type thing and maybe even have options for intelligent items if I can figure out a good way of pulling that off (you won't have to use all of the features). If my latest plugins are any indication, it'll be a big one and take a good amount of time to create.

I will pull pull you in whenever I do start working on it to make sure it does everything you're looking for.

That's cool. I can wait. I'm in no rush at the moment.

Like I said I would love it if this Plugin allowed Weapons, Armor, Accessories, and others to have leveling and possible have certain skills be unlocked when reaching those levels too. Something I'm looking for and more customization options is always better.

Also this Plugin should work with Yanfly's Plugins? As long as it doesn't clash with something the other Plugin does.

I'll be in touch when I start on this. I do aim for Yanfly compatibility since everyone uses his stuff although since he has so many plugins, I can't guarantee that every feature will work with all of his plugins. It'll be epic, though. That I can guarantee.

All this time and no mention or word of this type of Plugin in development? Well I don't expect it be done in a night and Yanfly isn't taking request for Plugins sadly anymore. Sorry I don't mean to nag or anything, but I wanted to keep

Also is there a Plugin for making weapons stronger the more enemies that are slain? Like the Abyss weapons from the Tales series? Perhaps having it tied to an item equipped to a weapon via Augment would work too.

Sorry for bumping an old topic like this, just forward to get this Plugin request have more aware to gather more people interest in it. One more thing, what program do people use to make the Plugins for MV? I think Notepad++ is a good one, but I recall another one that might be better and free? Can't recall off the top of my mind.

Again sorry for pestering people with this.

I haven't had a chance to work on this one yet. Still no ETA on when that would be so anyone else that wants to take a crack at it, go for it.

As for dev environments, Notepad++ is okay but Atom and VS Code are better and more feature-rich for this purpose. They're both free as well.

Anyway I never heard of Atom or VS Code before, but I'll check them out. They help a lot for making Plugins for MV the most, right?

They'll organize your files better than Notepad++. I believe that someone around here wrote an extension for VS Code specifically for RPG Maker plugin makers although I have checked it out yet. Don't remember what it does. These programs won't help you write or understand JavaScript any better. They're just easier to work with. They're more customizable. Light theme, dark theme, syntax highlighting etc.

I just saw this in my feed. Looks fairly close to what you're after.

Sorry for not responding! I can't recall what I was doing over a year ago, but I was pretty busy. Still am. Though I have all of Yanfly's Plugins released for the MV, I need to experiment around before attempting to make my own RPGs.

Thank you for the link @Frogboy.

I took a look and I do like what I see, though I might still using Yanfly's other Plugin to increase the weapons stats via items. Which you get materials from enemies to forge or buy. And an attachment system to weapons to pick what abilities you want on them.

Weapon Skills, skills tied to what weapon you're using, I'll have to look into. Considering my MC has the ability to change weapons in the middle of the battle with that "Press Turn" Plugin I plan to use so you don't waste a turn and have equipment change right there. Adds another layer of tactics in battle.