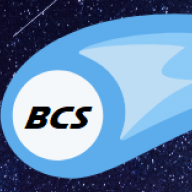 Hi, my name is Dakota. I am the Artistic Director of Blue Comet Studios and of Dark Horizon. Our purpose in putting our game on this forum is to help drive hype toward our game and get some much-needed feedback on it. If you have any questions or comments regarding the game, please reach out to us at <bcometstudios@gmail.com>. If you'd like to find out more about the game, head over to <www.banned.url/BlueCometStudios>

Thanks and happy playing!!


Silas - A young, cautious man and son to an adventurer. He longs for life outside of Mapledale.
Klara - A brilliant and sociable woman, student of the arcane arts in Blackharbour. She and Silas have been friends since childhood.
Min - A reckless and hot-headed woman, daughter of the general goods provider in Mapledale. Min yearns to join the Order of Vigilance and fight evil.
SECTION C: STORYLINE/PLOT


Dark Horizon is the story of Silas, a young man from a rural village called Mapledale. Silas’ life is turned upside-down when a comet lands near Mapledale on the day of an important festival. During the night, Silas forges a bond with a mysterious extraplanar entity called Malethos and he discovers that Mapledale has been destroyed. He then travels to Blackharbour, the capital of the Gilded Coast and center of the civilized world. Silas' life has been marked now by the gods and the other denizens of the stars. Will he be a force of law or chaos? Only your choices can say!
SECTION D: SETTING AND/OR WORLD DEVELOPMENT


Dark Horizon is set in the world of Elerion. Elerion is a vast and magical world, and no one has seen it all. Mysteries can be found around every corner and it's not uncommon to think you have explored a forest thoroughly, only to uncover a hidden spring beneath a gnarled willow tree while passing through. Its history is fraught with conflict and warfare.

Many of Elerion's most prominent historians struggle to find periods where the world was at peace. Some conflicts are relatively local, such as the constant goblin raids along the Gilded Coast, and some are epic in scale, such as the Millenium War of Sylwynn.

The gods dwell in the Outer Planes, kept there by an ancient pact that only a few of their own number remember. They influence the world in more subtle ways now, blessing the champions of their faith, while amassing their forces in preparation for the day the pact fails.

Sylwynn is a land rich in history and faith. Most of the economic power there rests in the Gilded Coast, the most culturally and technologically advanced region of Elerion. The Gilded Coast is less a structured nation and more a loose alliance of cities and towns paying dues to Blackharbour (the metropolitan capital of the world) in exchange for protection and trade. They enjoy cordial, if somewhat cool, relations with the elves of Wren Allanar, or "Old Forest" in their tongue, and the Durgunbrod, or "Dwarven Brotherhood". Together, these fragile allies protect themselves and each other from the looming threat of Kameros, the Devil Kingdom.
DOWNLOAD LINK

Mordridakon
I'm playing DQ:XI DE in 2d mode with the synthesized soundtrack, the only way a RPGMAKER creator should play it.
37 minutes ago •••