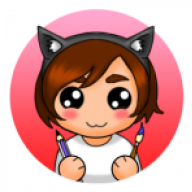 ​
Introduction​
RPGs of the olden days are usually and masterfully coated with simplicity, yet somehow are very enjoyable.​
​
We aim to make such an RPG, which is very simple in terms of game design and yet enjoyable to the core, complimented by stunningly beautiful artworks to recreate the modest and addictive gameplay experience of the golden age RPGs. If you're a classic RPG lover, who's tired of modern graphic-focused games with superficial plots, DarkEnd is the game for you.​
​
DarkEnd, a pure RPG maker game, with high production value, carefully balanced between amazing visual and classic game-design won't disappoint you.​
STORY SYNOPSIS​
In the beginning, there is nothing but Darkness, a primordial element of nothingness. Then the Gods crafted ether from the darkness and soon, ether became the source of all life forms. Civilization of mankind rose and prospered, when a man of great destiny was born. That man is simply known as the Magus King, for his magickal prowess is unrivaled. He ushered the age of peace, unity and prosperity for mankind.

However, Man's greed is simply insatiable thus the Magus King sought for the power to rival those of Gods' and seek the ultimate tool of creation : the Primordial Darkness. Soon, he was consumed and corrupted by the power of Darkness and unleashed the doom for the entire world, known as the DarkEnd. The ever growing darkness corrupted mind, body and soul of every living beings and thus the world soon plunged into the depth of despair, until one brave soul ventured into the swirling darkness and defeated the Magus King and put and end to his madness and saving the world.

Countless centuries had passed and the tale of the Magus King and the DarkEnd dissolved to nothing but a mere myth. However, the great capital city of the mighty Reglr Empire suddenly fell to dark forces, causing great panic and shock among the other nations. Was it the return of legendary DarkEnd that once threatened the world?

You play the role of an adventurer, who will venture dauntlessly into the Darkness that overwhelmed the Reglr Empire. Your story will write a new history...
Features :
- Play as one of four unique characters, who will each reveal their own perspective of the DarkEnd.

- High replay value! Over hundreds of stunning maps, filled with unique treasures and monsters and everything changes on random basic every time you replay it.

- Enjoys the artistic and beautiful work of art ever found in 2D games.

Name: Griselda
Age: 28
A mysterious so-called Necromagus with the ability to harness dark ether. Very skeptical and heartless. She is extremely self-centered and thinks the world itself revolts around her. What might have caused her to become such a beautiful beast?

Name: Svas
Age: 35
A legendary blood hunter of the Reglr Empire, transformed into a psuedo-vampire like creature by means of magick. Dutiful, bold and not hesitant to end anyone's life if he/she dared to come in his way.

Name : Xia
Age : 17
A young magus with extraordinary magical prowess, hailed by the East Heaven Kingdom. Her innocent and young exterior hides the foreboding shadow and dark past lurking in her eyes.

Name: Lucion
Age: 23
A hardened Knight Templar with unrivaled mastery over the art of war. Said to have came from the Dukedom of Remini, wielding the God-blade Lorelei, currently rusted and useless. A true knight of gentle spirit, or is he really what he seems like?
Screenshots

The following are semi-animated comic-style cutscenes that will play during special events, to enhance story telling

A FREE expansion is coming up! It will feature:

- A brand new storyline in an elusive land called Avirdel

Here's what we have done so far. Please take a look!

The beautiful land of Avirdel

Venturing through a sunlit forest
[SIZE=13.63636302948px]More updates about the expansion will be coming soon! Please let us know what you think! [/SIZE]

Support Us
If this game piques your interest and if you have something to say about it, please kindly comment your opinions.
And if you would like to support DarkEnd, please feel free to set the link below as your signature. Much appreciated!

**News**
We have posted DarkEnd on indiedb.com as well
Please check the page out on

I will approve this but you have 48 hours to read the Tagging Guide and modify your topic. Please follow the keywords exactly, especially the first BOLDED part about the checking first tag as prefix. Thank you.

Bloody hell, this looks awesome...I freakin' love the artstyle and the characters, and that Prologue cinematic is gorgeous. Lucion kinda reminds me about Prince Charming (from Shrek)...ahahah

Dalph said:
Bloody hell, this looks awesome...I freakin' love the artstyle and the characters, and that Prologue cinematic is gorgeous. Lucion kinda reminds me about Prince Charming (from Shrek)...ahahah

Thank you for the very first positive comment! You don't know how much hard work we went through just to prepare for this post.

And yes, Lucion is supposed to look like a typical Prince Charming XD Glad you noticed :3

We are now finishing off the alpha stage. Please do look forward to our upcoming beta-state demo of DarkEnd

Hopefully, the beta will be ready in coming month. We're all pushing ourleves to the limits. For now, we're busy with artworkz.

Please feel free to share what you think about this project :3. 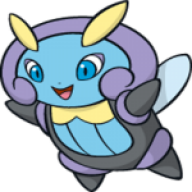 That artwork is amazing, good luck to you guys! BD
Last edited by a moderator: Jan 25, 2014

A promotional artwork for DarkEnd

The promotional work looks pretty cool. I also really like your opening movie.

Oh that promotional artwork is so...impressive, I simply love the variety of the colours in the background...

Your character select screen is gorgeous.

Dalph said:
Oh that promotional artwork is so...impressive, I simply love the variety of the colours in the background...

Glad that you like the artwork; we're planning to update with more content soon. Please look forward to them

Hi there Just saw the opening animation for DarkEnd. Holy heck that is amazing. What programme is that?

@Alkorri, I think my artist use various art and animation software, from GIMP, PS, Window Movie Maker and Pencil(I dunno tis what it called) ... etc

Anyway, the game's basic skeleton is completed. You can technically play from the start to the end (aside from legions of bugs).

I hope to show the demo soon, with semi-animated, artistic cut-scenes.

These are our custom-made sprites of the 4 main characters for the project (^__^) What do you think?

They are adorable! Wish Ace had XP sized sprites

Not the usual kind because we customised it a lot 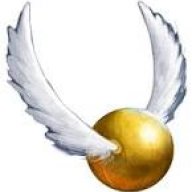 The artworks are simply amazing and that opening movie rocks!!!

I'll be following this project. Good luck! Hope to see the demo soon! 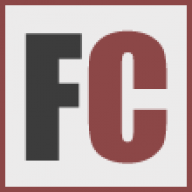 Looks very interesting, I am glad to see the reaction of some of the community towards you guys using motion comic style animation for the opener.  I am doing the same style animation for my cutscenes and it was nice to see others doing it as well.  If I'm not mistaken, the music is from FF7 right?  That sound brought back so many awesome memories, I'll keep tabs on this project, like to see where it goes.

Actually, the music is one of Ace RTP musics. We made the animation without any BGM at first, but add that one later as stand-in, and it's coincident it matched with animation.