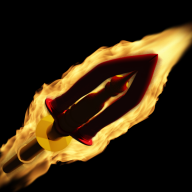 Synopsis
Humanity as we know it has gone extinct.
The only remnant of the human civilization is the Orbital Ark, an intelligent space station that has the sole purpose of recreating the human species in case of a global extinction event.

But in order to begin its work, it has to confirm that all higher forms of life have died out. However, while the planet has become a gigantic wasteland, the animals and humans that once inhabited it didn't simply die out; they changed; they turned into bizarre parodies of their former selves.

In an act of desperation the Orbital Ark decided to send down an improvised robot with the mission to find a weapon capable of eradicating all life and prepare the world for the terraforming process.

Genrally I would best describe it as Wall-E meets Silent Hill, in 2D.

The World
Earth is no longer the blue planet.
The oceans have become swamps. Constant acid rain destroyed the forests. Most of its surface is covered by junkyards, chaotic ruins of gigantic cities and sheer endless factory complexes.

The game is divided into 4 worlds.

Urban Jungle
This is were the protagonist lands. Most of the city has become engulfed by the nearby junkyard. The streets are covered in garbage. The ruins are populated by tribes of chimpanzee-like mutants that wage constant warfare against each other.

Industrial Complex
A gigantic factory that used to produce almost every product imaginable. It is still functional, but the lack of maintenance turned it into a cancerous growth, consuming everything around it to construct misshapen objects without any purpose. It is populated by two species of mutants that operate its machinery. The Overseers, who are severely deformed, but still somewhat intelligent, and the Slaves, brainless workers that carry out the orders of the Overseers.

Bunker
When the world started to fall apart, those who could afford it retreated into this hightech facility deep underground. But as the time passed, and they had no hope of ever returning to the surface, their sanity started to drift away, before they finally died. This bunker was built to last an eternity, so most of its systems are still fully functional, including its security system...

Test Site
Here, a new kind of weapon of mass destruction was developed. The entire area is contaminated with high levels of radiation. Most of the animals and plants that survived have adapted themselves to this extreme environment by reproducing and changing faster than the radioactivity can destroy them.

Orbital Ark
The only remnant of humanity. Its memory is filled with all cultural achievements made throughout history by all civilizations and the DNA of all life forms. As a protective mechanism, it has been programmed to be unable to unleash its power as long as earth is populated.

Messenger
The Orbital Ark built this robot out of its own spare parts and gave him a consciousness built from its own memories of humanity. It has the mission to find the Apocalypse Bomb, a weapon capable of engulfing the entire planet in a gigantic nuclear firestorm.

Gameplay
Similar to classical Survival Horror games, the gameplay consists of exploration, combat and puzzle solving. Most of the weapons and tools that the player can find can be used both to fight and to solve puzzles. Some tools can be also used to evade combat.

The protagonist can survive large amounts of damage, but health items are very rare. 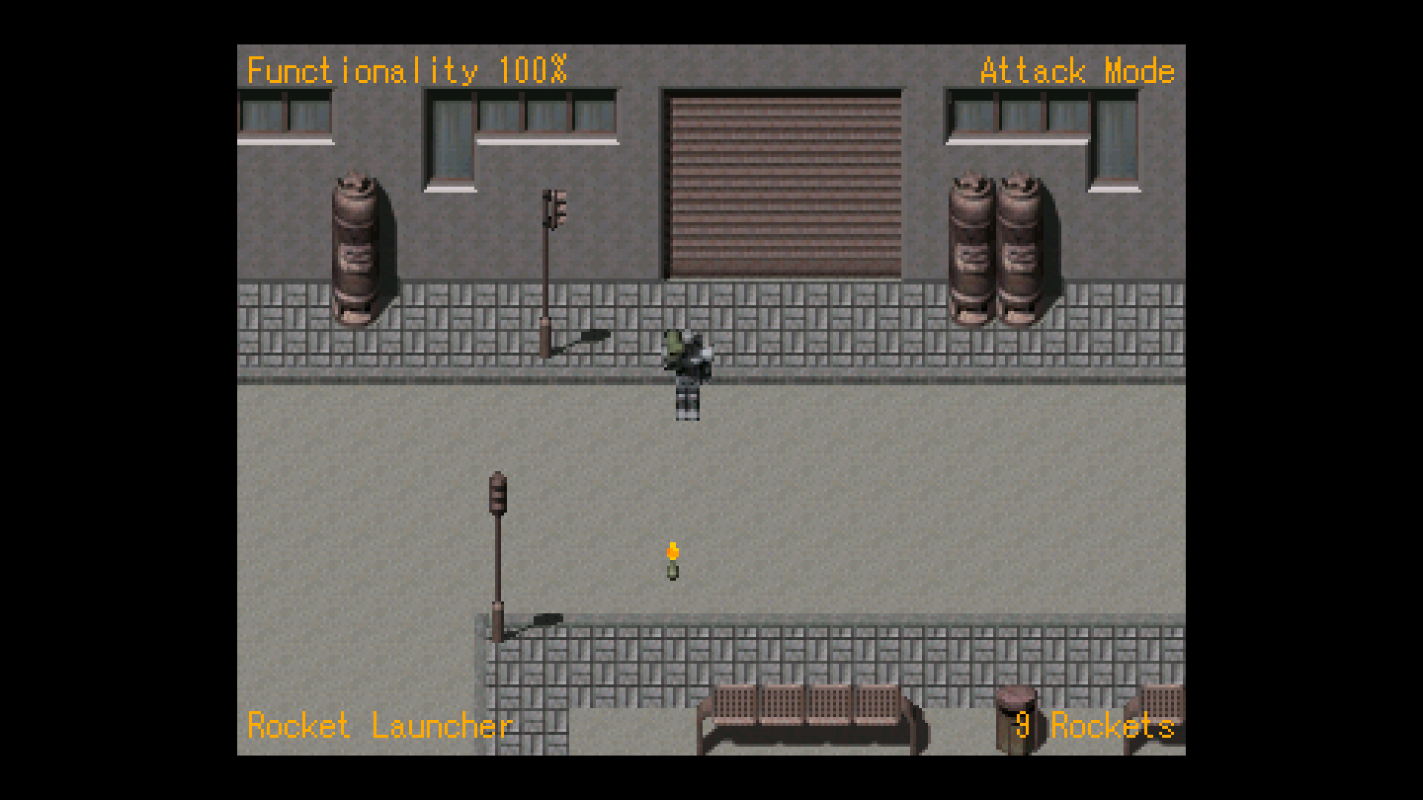 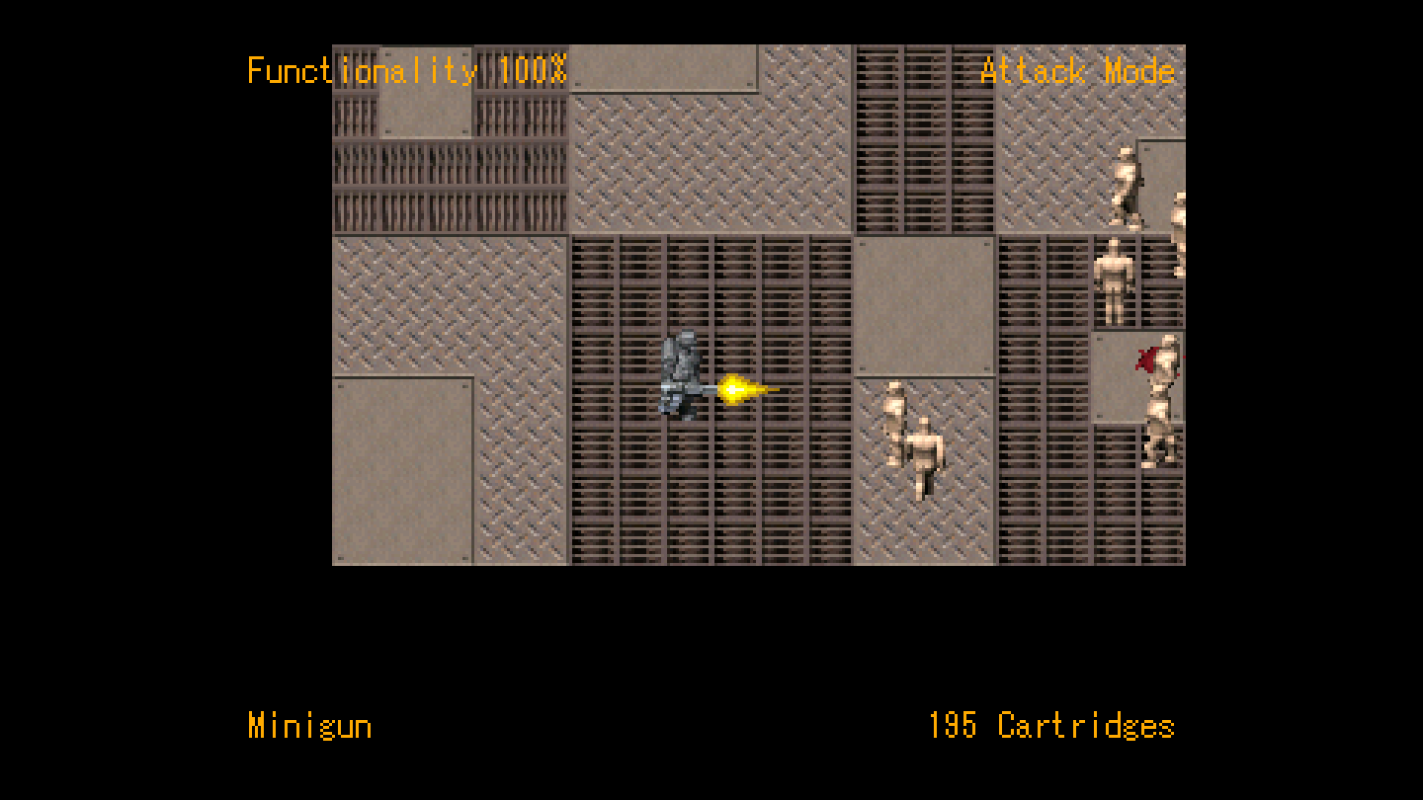 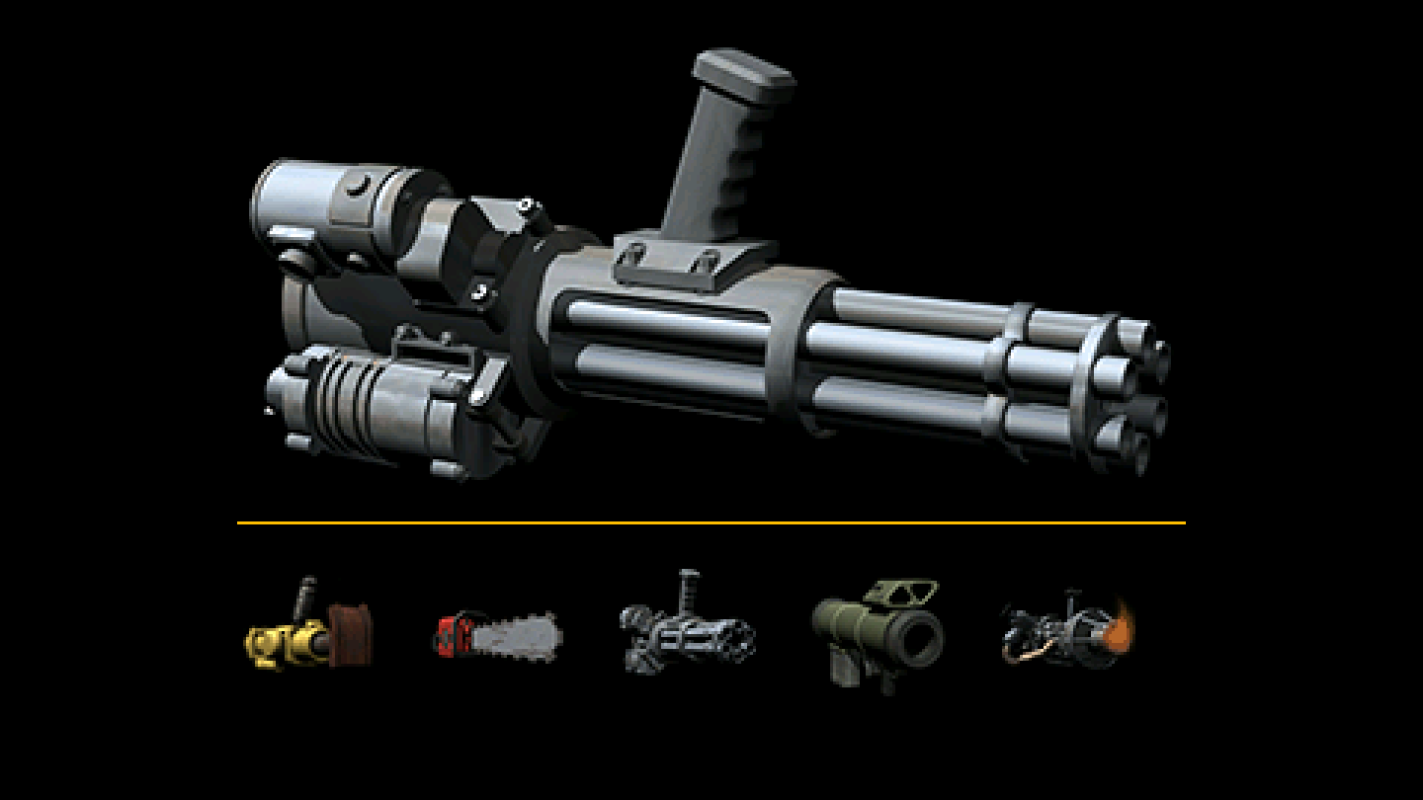 Background
At its core, this game is intended to be a collage of my own nightmares loosely bound together by the game's story.
The development up to this point was very slow. Originally I wanted to start working on this game more than six years ago.
Back than I got myself the RPG Maker XP. But due to various other problems the game was stuck in its concept phase for 4 years.

Right now I'm stuck with the enemy design and my tilesets look somewhat sterile; However, the combat system is fully functional and I expect to release a demo by the end of this month.

That seems an interesting subject. Hope we mature enough before getting there!

The idea and premise looks pretty good, though I recommend you change the name. For example "Devolucion"?

In my opening post I said that I wanted to release a first demo at the end of last month. Sadly, I overestimated myself.
Right now I'm still stuck at making the enemy graphics, but I'm certain I'll be making progress soon.

So instead I'll decided to detail the combat system and some of the weapons.
There are three types of items that can be equipped.

Melee weapons don't need ammunition, but can only be used to attack enemies staying directly in front of the protagonist.
Ranged weapons have a longer range and dish out lots of damage, but ammunition is very rare.
The third type of equipment can't be used for fighting, but makes it possible to evade enemies.

There are also three damage types: blunt force, piercing and scorching.
Piercing damage is effective against armored enemies, but certain enemies that are filled with
corrosive fluid can damage the protagonist if attacked with a piercing weapon.
Blunt force damage attacks the enemy without creating large open wounds.
Scorching damage is the most effective and burned enemies die completely even
if they have other enemies inside.

While getting punched by a robot is painful, the punches are somewhat slow.
Generally its the weakest close combat weapon but it also makes the least noise.

The power hammer has to build up pressure before it can be used, but it has a high stopping power and average enemies can be thrown across the map, knocking over other enemies in the process. Surving enemies get unconcious for a short time.
Outside of combat it can be used to breach regular doors, to activate large switches and to push objects quickly over the landscape.

The chainsaw can deal lots of damage in a short time by cutting into enemies. When an enemy is hit, the
protagonist can't move until he either kills the enemy or pulls out the chainsaw. However, this is also
the loudest melee weapon and it makes a low amount of noise even when not used.
Outside of combat it can be used to cut down vegetation (obviously) and to cut through other things like steel cables.

The minigun has a long range and high fire speed. It can be used to obliterate most enemies very quickly.
However, it consumes its ammo very fast and most of the time you will be out of ammo. Additionally
it is very loud, so you can expect to get the attention of all enemies around you.

The flamethrower is very effective against groups of enemies. However it has a modest range.
It has the same firepower and firing speed like the minigun. Outside of combat it can be used
to melt ice and burn down vegetation.

The Jet Pack can be used to move quickly and to move over certain obstacles like water.
It can be also used to attack enemies by flying into them, but this can damage you as well.
Uses large amounts of gasoline.

(These are only some of the items, there are 15 in total, 5 of every type)

leenat40 said:
The idea and premise looks pretty good, though I recommend you change the name. For example "Devolucion"?
Click to expand...

I'm reworking the inventory right now and would be interested in others opinions.
I'm unsure whether it would be better for the menu to have small or big icons. What do you think ? 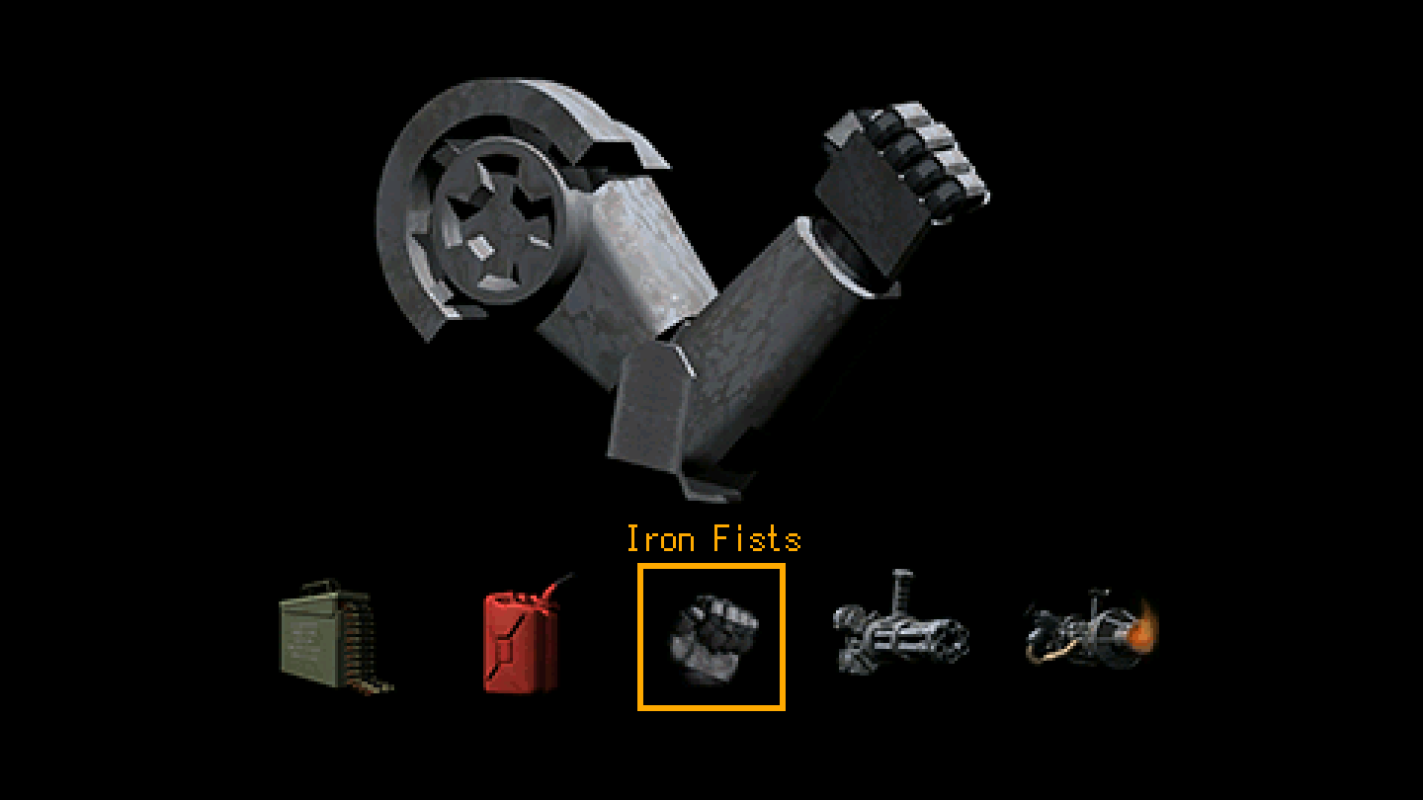 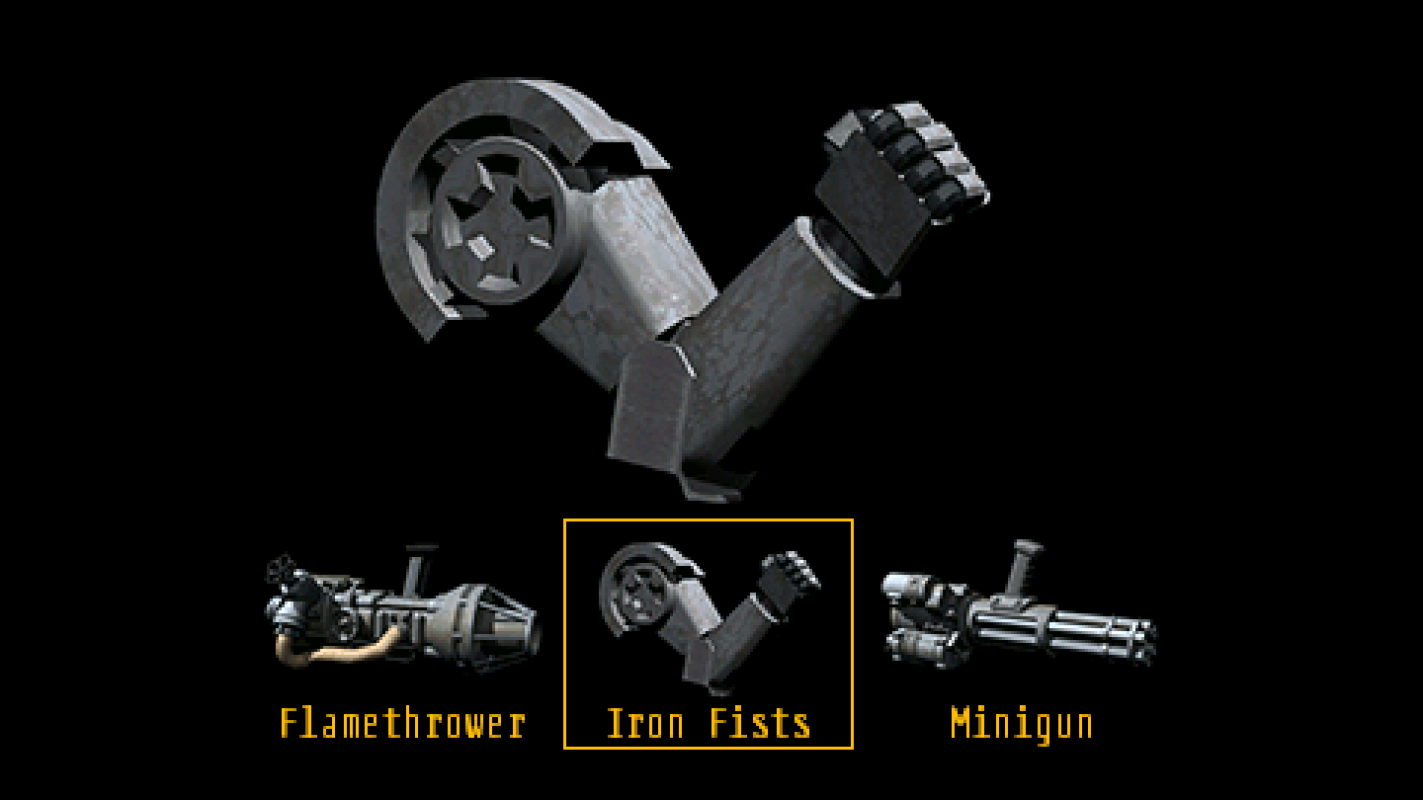 The inventory with small icons is closer to the menu I have used so far (with some improvements). It allows more items to be visible on the screen, but the item's name doesn't fit in the icon, so only one name appears at a time. The inventory with the bigger icons on the other side makes it possible to include the item's name in the icon and looks generally clearer, but it has the downside of only 3 items being visible at the same time.

What kind of inventory would you consider to be more comfortable ?

Before releasing any public demo, I wanted to get the first area done. However, I wanted to get that done by the end of last month, but progress has slowed down massively, and I'm thinking about another engine change.
So I decided to release a short demo containing what I have already complete so far.

This demo contains only a series of maps with a test enemy, but it demonstrates the general atmosphere of the game and the combat system.