I beat this last night! First; I love the twist at the ending hahahaha That was perfect.


I'll put my comments in a spoiler box, juuuust in case!


The character customization was a lot of fun, though I feel like the limited amount of time that you had Vlad meant I didn't get enough time to play and find his true potential. Though, who am I kidding; I made "FenFen" (i forget everyone's real names, I'm sorry) an unstoppable tank and destroyed everything with bleed damage leaving the rest of my team in the dust behind him. Seriously, I'm sorry Mr. Werewolf, but I can see why you have so many fangirls, you fluffy armoured force of howling destruction. <3 uhnm, that aside.
My only major complaint with the game was that the dungeon on the way to where Vlad was locked up was tediuoussss. There were so many monsters; the paths were so thin I couldn't dodge them; then there was battles that had to be beaten to progress the game. It took a lot of time and since the rewards from the battles were so limited (no EXP of course and I was pretty sure shortly in I had all the drops I cared to get from those monsters) it felt rather needless. I groaned a lot in that dungeon, I'm sorry to say u.u


Ah but I kept playing because the characters and story were both so charming that I knew I had to push through! Bonus points! Everyone was a lot of fun! And the writing was humourous and enjoyable. The ghost was a total sweetheart; I really liked her a lot. And, well, my fuzzy tank. <3 Those two stood out to me most, but everyone was great!


I was a bit confused why towards the end everyone on my team was doing 1dmg to monsters; but using multihit attacks properly made those battles go smoothly enough. Bosses, like I said, I spent with a mostly dead party and Mr. Werewolf tanking everything. I'm sure I had something set up strange to make things happen that way, but it worked for me ahaha~


I lied, there was one other tiny complaint that is likely more a sign of my lack of skill; but man, the first enemies, those wasps, were really hard to beat without any upgrades. I had to sneak past them, fight some flowers and fairies, and then go back and school them. Maybe that was intentional lol


Is ... ugh I forget her real name... the nun the Queen that keeps being mentioned in Grumpy Knight? haha


Well, that turned into a ramble.
Overall, that was a fun game! I'm glad I played it. 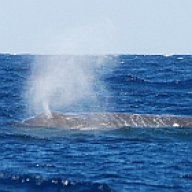 Wow, this is like half of the forum members were playing this game. And why not? Its absolutely fun to play! Almost every point I wanted to write is already written here. I only can say, I'm looking forward to you balancing that mod system.

Oh, and actually a bug:


When I'm in the wood in the map previous of The Fang and I want to go to The Fang-map, I'm asked, if I'm ready. I answered "No". Then took two steps backwards. There I was asked again, if I'm ready. "No" again. And backwards again for two steps. The question again, "No" again and then the game froze. I had to restart. Though I might be the only one walking backwards with two magic mods for Robin, which blasted Wolfie down with 1 shot.


When I'm in the wood in the map previous of The Fang and I want to go to The Fang-map, I'm asked, if I'm ready. I answered "No". Then took two steps backwards. There I was asked again, if I'm ready. "No" again. And backwards again for two steps. The question again, "No" again and then the game froze. I had to restart. Though I might be the only one walking backwards with two magic mods for Robin, which blasted Wolfie down with 1 shot.
Click to expand...

I encountered this glitch too. My best guess was that there was a move route set that should have made the player move a space back when you said no, but the event moved a space back instead. So the player touch event was moving behind you and when you walked back, it triggered again. Might have been something else, but that was what seemed most likely.

I had not noticed new comments. WHY HAD I NOT NOTICED NEW COMMENTS ><

Anyway, happy to hear you liked it! ;A; Yeah, the'res prpobs tons of issues that are shaky, but ehy, the agme was...our second? and the first was a friggin puzzle game. So yes, stuff was a bit shaky XD

And this killed me


Makio-Kuta said:
I'm sorry Mr. Werewolf, but I can see why you have so many fangirls, you fluffy armoured force of howling destruction. <3
Click to expand...

Also DARN I thought I fixed the yes/no ****ty bug for the re-release! >< So much stuff that keeps slipping away unnoticed.

Holy crap i did not see that coming excellent ending, however the gameplay felt slightly lacking but great story I have never felt excited for an indy game since i ran across this title. 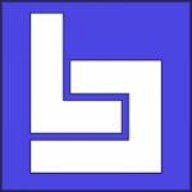 [This Space for Sale] 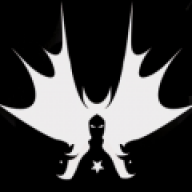