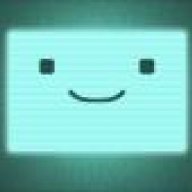 To whomever it may concern,

After reading several interesting articles in GameInformer about the development of technology and the gaming industry as a whole, it is really exciting to see a game like RPG Maker getting released on Steam.  This game has a lot of potential to be something great as it already is--anything that draws from the community to produce growth such as YouTube and Google is clearly headed in the right direction.  In short: you have made an awesome game.

As a former Japanese student who revels in the opportunity to play games on Steam that are offered in Japanese (such as Skyrim), it was a little disappointing to see that this game, a rather anime-like artistically designed one, did not have that option available.  Granted, it is entirely possible that nobody on the design team has any knowledge of Japanese as it is a very difficult language to master.  However, it is in the developers' and consumers' best interests that this game be offered in Japanese.  Think of all the Americans who love Japanese culture that would like to play a game in a language that they want to learn--not to mention the booming increase of American games in the Japanese market within the last few years (League of Legends has begun to market its game to Japan with great success as well as several other American companies).

With such a great opportunity for the developers to increase their revenue and the community to receive an outstanding product, it is really only a matter of time before this game is developed in Japanese--by when can it be expected that it will be available?  I humbly request to be updated on this process and am more than happy to give any additional feedback and help in anyway that I can for us to achieve this goal together.

Sincerely and best of luck,

Perhaps I'm misunderstanding, so sorry if I am

RPG Maker was originally a Japanese release and the more recent versions of it can be found in other languages. To see the Japanese site, check out this link. This site is the official forums for the English speaking community and I believe, but I could be wrong since I'm not multi-lingual, that each of the releases has an official forum for their language.

But if you are talking about an translation of a particular game that has been released (and was made by a maker), it's up to the developer to translate and release it. Some devs do this There's probably more devs that just don't know enough about other languages to do it themselves and wouldn't mind someone that could translate for them.
Last edited by a moderator: Sep 17, 2014

Interesting.  Thank you, Venka!  I had not thought of that but looking at the languages available on Steam, Japanese was not one of them.  If what you say is true then I wonder why it is not available in Japanese on Steam...at any rate, I can buy and download this game in the language that I want--thanks again!

Talk to an admin before you buy, I think it's just a dll that changes the languages so they might be able to pass the dll to you if you buy it in steam

I'm not sure why you'd want Ace in Japanese if it isn't your primary language. It's not really a game, it's a software for developing RPG games. Making a game is hard enough without adding a language barrier, and it's not like you can't make your game in Japanese with the English version of the software. If you want to see games that are made with RPG Maker that are in Japanese, you should look up RPGツクール. I don't read Japanese so I'm not familiar with those communities, but if you do you should be able to find some.

Sharm said:
I'm not sure why you'd want Ace in Japanese if it isn't your primary language. It's not really a game, it's a software for developing RPG games. Making a game is hard enough without adding a language barrier, and it's not like you can't make your game in Japanese with the English version of the software. If you want to see games that are made with RPG Maker that are in Japanese, you should look up RPGツクール. I don't read Japanese so I'm not familiar with those communities, but if you do you should be able to find some.
Click to expand...

Thanks, Sharm!  I totally understand where you're coming from and to answer your question, though it may not look it, I am fluent in Japanese but because I no longer live there it is true what they say, "If you do not use it you will lose it!"  Therefor, I play challenging games to maintain and improve my knowledge of the language as I am a firm believer in the pursuit of knowledge (and happiness).  You have only succeeded in motivating me to play this game in Japanese even more--thanks!

Just keep in mind that RPG Maker is not a game. It's a software engine to create your own game.

Yep - the only practice you will get is practice creating your OWN games with the engine. If you are looking for games to PLAY, RPG Maker should not be on your list. There MAY be RPG Maker GAMES in Japanese, but you will not need to buy the engine in order to play them (and having the engine in Japanese will not transform the English games into Japanese for you either).
You must log in or register to reply here.
Share:
Facebook Twitter Reddit Pinterest Tumblr WhatsApp Email Share Link