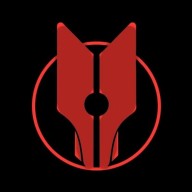 Hey guys, I want to make a mechanic similar to Darkest Dungeon's Death's Door. It basically goes like, if a party character hits 0 hp, they wouldn't die immediately. Instead they would be placed in a Death's Door state. Death's Door state gives penalty to several stats (such as max hp, etc.) and the next damage has a chance to kill the character (refers as Deathblow). There will be a new Deathblow resist stat that comes with this mechanic. Any idea of the plugins I should use? Or do I have no choice but to learn to code?

EDIT: Forgot to write this but you can get out of Death's Door by getting healed for at least 1 hp.
Last edited: Aug 6, 2018

If you aren't too attached to having them hang out at specifically 0 HP, you can easily make something pretty similar with Yanfly's Lunatic State Pack - Protection and Auto Passive States, and their dependencies.

What I would personally do is make a passive state that applies to the player party (via the passive state plugin), and has the following notetags on it:
<HP Protection: Guts 100%>, which means if they have more than 1 HP, they'll survive any lethal attacks with 1 HP.
<HP Protection: True Guts 50%>, which gives them a 50% chance of surviving even if they're already at 1 HP. You can change the % however you want.
<HP Protection: Trigger Add State ###>, which applies a status effect of your choice whenever they survive a lethal blow. Replace ### with the ID of your Death's Door debuff status.