Honestly, I'm not sure if anyone would be interested in this or not or even if its already been done but I purchased the animations from the shop and found that they ran in 30 and 60 FPS which wasn't fully compatible with the default animations that come with RPG Maker MV (animations 1 through 120 that run in 15 FPS). Even when I use the 30 FPS versions of the premium animations the default RPG Maker animations run way to fast and it felt awkward so I tried to come up with a solution, being kinda noobly I first attempted to change the animation sheets but that proved to be just too much work and wasn't even needed.

What I ended up doing was simply going into the animations tab in the database and doubling each frame of all 120 base animations, effectively raising them to 30 FPS. Again, I got no idea if this is anything people might be interested in but it took me quite a while and a lot of clicking to do it so I figured I'd share it in case someone wants it.

Here is the dropbox file with a demo: 30 FPS Demo

1. Download the demo and unzip it. It's zipped with 7zip.
2. Open two instances of RPG Maker MV, one with your project and one with the 30 FPS Demo.
3. Open the database in each project and select the animations tab(s) then copy the 1-120 animation entries into your game.

You will need to go into the Yep_CoreEngine parameters, under the "---Battle---" section, and change the animation rate to 2 (for 30 FPS) and use the 30 FPS versions of other animations so everything aligns in game.

Also, if you are using the Yep_BattleAniSpeedOpt.js plugin then you need to change the default speed in that plugins parameters or change the speed in the in game options (since this plugin will override the settings in the Yep_CoreEngine.js plugin). 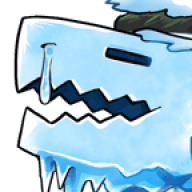 The download link is broken/outdated. If anyone has downloaded this beforehand and still has the demo handy, please let me know. Thanks~

Edit: Just realized I necro-posted. Sorry about that. Also, I found [this] plugin that automatically does this function.
Last edited: Mar 4, 2020 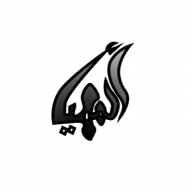