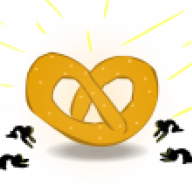 Content deleted by author, any admin can feel free (and is encouraged) to remove this thread from existence.
Last edited by a moderator: May 31, 2015 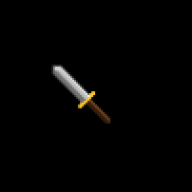 Standalone (no RTP or RPG MAKER required)
Last edited by a moderator: May 31, 2015

Hello Skaylea Meow :3 I have a review for your game!


This game has the honor of being my first puzzle game.

First of all, there is a long title pause before the title screen starts up so you may want to check up on that. Well done on your title screen! I can tell you worked hard on it. The music here is quite nice.

The introduction is great! I can tell you have a good mapping sense. I liked how you showed all the crystals in the intro, it’s very well done! So I’m walking along the street and Bam Thunder and I disappear. This is really nice! The music here is marvelous I love it.

Next, we have a tutorial! Yes, a tutorial and I give you credit for it because most games do not have one. This is beginning to be a great game! Bulletin board save is cool, at least it’s not the typical crystal save so it’s something new.

Since this game a game made of puzzles I figured I won’t be fighting anything so after a little exploring, I decided to enter the first portal. I guess there are going to be a lot of puzzles since there are about 5 different portals. Unfortunately, I am not too bright at these puzzles. So after multiple attempts at a the first few puzzles, what troubled me is that the green light sometimes changes its location without the player knowing where it’s going so it can cause some confusion. Sometimes I have to restart the puzzle all over again because I ended up blocking the path to the “true” green light in which I had no clue that the green light was going to end up in that area. I guess this is all part of the game. These are beginning to be difficult for me so after about an hour of gameplay, I reached the end of the red crystal. The game is beginning to feel repetitive at this point because of the fact that I have no clue what the story is about.

I do not know if there is much of a story in this game. All I know is that I randomly end up in a futuristic place without having any knowledge of who I am and what my purpose is. There is hardly any dialog in this game. All I know is that I’m either chasing a guy in red or the guy in red is running away from me. So pretty much I began to realize that there is hardly a story here once I began having troubles with these puzzles.

The overall music in this game is good and it fits the atmosphere of the game so I give you credit for that.

The mapping is good, I did not see anything that needed to be replaced or anything that looked odd. Pretty much you did a good job here also.