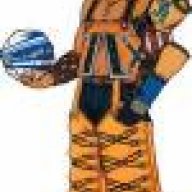 Story Synopsis- The nation of Delonora is a rather peaceful place, no war, no famine, no suffering to speak of, that is until one day, when monsters begin to multiply out of control, appearing in every corner of the nation. The Mother of Life, suspecting the cause calls to her, four young warriors and begs of them to do all they can to stop the corruption from tainting the world she created. though they are young, they are a strong and set out to do as she asked. The group travels all across the nation, fighting, growing, preparing for their final battle against the Dark Messiah. Who will win? Only destiny knows the fate of Delonora and it's people.

World Development- Delonora, a young, flourishing nation, surrounded on two side by moutain ranges, and on the other by oceans, the nation is essentially blocked off from the rest of the world and thus has developed slowly, only a few Inns deep in the wilderness and the occasional mysterious tower dot the vast landscape. A snow blanked forest and mountain range lies to the south, while a large ebach lies to the north, inbetween are massive forests and a large lake that lies in the very center of the nation, an island in the middle of the lake still bears the castle of the people who were here centuries before it's current inhabitants, though noone knows who they were or even what they looked like. Delonora is riddled with old, abandoned mines and cave systems, some creeping miles through the mountains.

Skill Fusion (in progress much much mroe possibilities to come!)

Bank System that allows the player to save, withdraw, and deposit their gold.

Weapon,Armor, and Item merchants that only sell items depending on the player's level.

Enemies level up with you for an added challange.

I am looking for any and all feedback, though if negative i ask for you to keep it toned down a alittle, but otherwise any tips or opinions would be rgeatly appreciated!
Last edited by a moderator: Aug 9, 2012

I suggest when posting topics like this, is to be clear on what kind of feedback you would like. There's not much information to go by for people to comment on your stuff.

Ah my apologies :X its my first time posting somethign like this so if it is all right by you I can edit it and add what feedback im looking for and the features in the game