The demo covers the first fourth to third of the story. This is a dialogue-heavy game, so don't expect to skip past everything and understand what is going on.

Story: Battle Kingdom has gone through two immensely destructive wars with the Shadow Daemons, leaving innumerable dead over a span of a century. With the Daemon's defeat in the Second Great War, Battle Kingdom has recovered to a point of unparalleled prosperity.
Never ones to forget, the Daemons have already planned their return, amassing their foul legions to start the war against mankind anew.
Mountain Village, far away in the frozen Northlands, seems to have escaped these machinations targeting the Kingdom. It's safe, but for how much longer?

Maybe not as long as one thinks, as evil easily festers in the lonely places of the world...

Draxus: A young adult living in Mountain Village, Draxus feels trapped, doomed to a menial life mining copper instead of seeing the wider world. He’s fascinated with the war stories of his neighbor, Mr. Glavik, and emphasizes easily with others.

Joseph: Another young adult and fellow miner living in Mountain Village, Joseph is Draxus's best friend. He’s generally a homebody who likes to see everyone happy, but has a tendency to lose his temper around those who insult him or his friends.

Ralir: A Mage Knight who serves at Battle Castle, Ralir takes his job very seriously. He is somewhat reserved, but opens up as he gets to know others. His love of teaching helps him deal with Draxus and Joseph’s constant questions.

All right, so I didn't get very far, but a few thoughts.

- The music is good but really loud. I'd turn it down just a bit.
- There's a bit of a text loop where the player is stuck reading the same text over and over outside of the Inn.
- Your font is slightly too small.
- If it's a quest based game, perhaps add some quest pointers (like, a minimap with little icons for the general area to find the quests so you aren't wandering aimlessly)
- Shouldn't the main character have some reaction to the hooded guy in the forest considering it was just in his dream?

Some Good Stuff:
- Your mapping is pretty good. Especially the town map.
- I like the quest system, I'd just add more to it.

HexMozart88 said:
All right, so I didn't get very far, but a few thoughts.

- The music is good but really loud. I'd turn it down just a bit.
- There's a bit of a text loop where the player is stuck reading the same text over and over outside of the Inn.
- Your font is slightly too small.
- If it's a quest based game, perhaps add some quest pointers (like, a minimap with little icons for the general area to find the quests so you aren't wandering aimlessly)
- Shouldn't the main character have some reaction to the hooded guy in the forest considering it was just in his dream?

Some Good Stuff:
- Your mapping is pretty good. Especially the town map.
- I like the quest system, I'd just add more to it.
Click to expand...

Do you remember which Inn the text loop was at?

Anyway, I can easily decrease the music volume, change the font size, as well as adding some reactions to the cultist in the forest. A minimap is also a good idea, so I'll look into that. Thanks for the feedback so far!

It was to the left of the map, and there was a mailbox next to it.

What did the text loop say? I'm assuming you're talking about the Inn in Mountain Village (the snow map).

Can you take a screenshot please? I've looked multiple times and can't find any text loops. I've interacted with every event and all of them work fine. The only thing I can think of is you were interacting with
one of the player touch events and tried to move when one of the text boxes were up, I don't know. 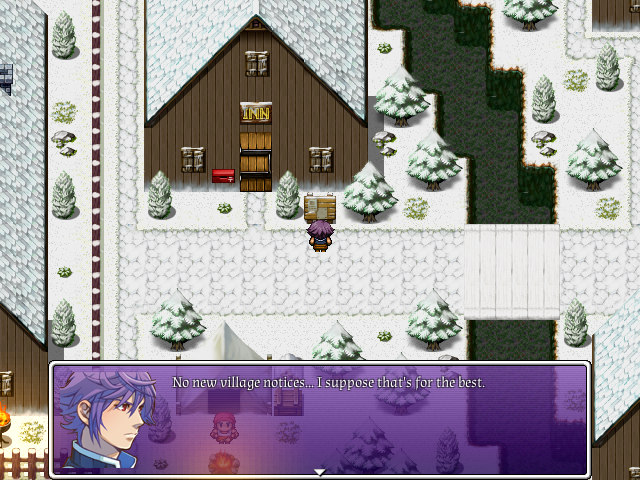 That one. I think it's because it's a touch event rather than an action button.

I can change that (and similar events) to action buttons instead, that will be no problem. Thanks for letting me know, I hope you get further in the demo!

New version is out with some minor updates, mainly from feedback. Sorry for the delay!

I played this game up to the Wood Village - for me, that was just over an hour of gameplay - and I have mixed feelings on it. On one hand, it's clear a lot of thought went into world building and the lore. There's lots of attention to small details. On the other hand, there were some consistency issues, and a glaring issue of balance.
I'll keep playing and give it a bit more time, but I am very wary of the combat, and I'll get to that.
Starting with the positives!

I'm going to touch on the combat and balancing elsewhere, as I feel it really hurts the game as it is now. 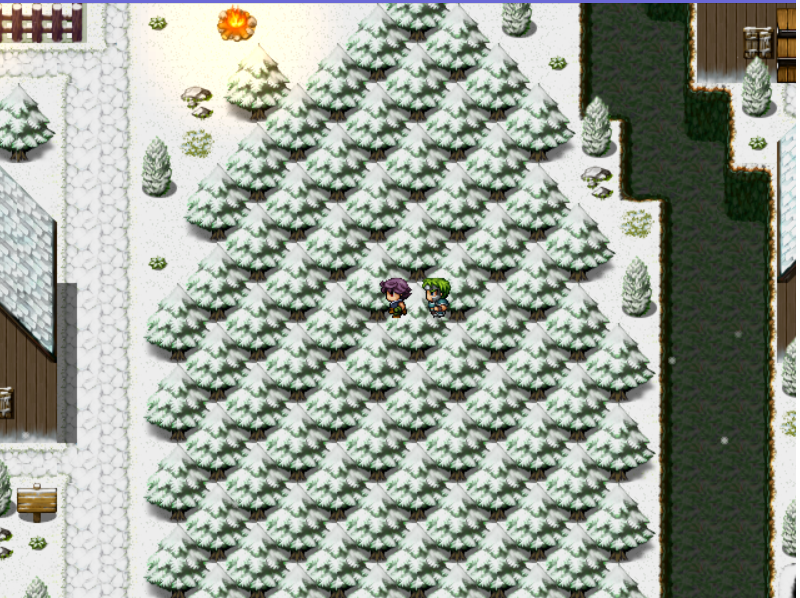 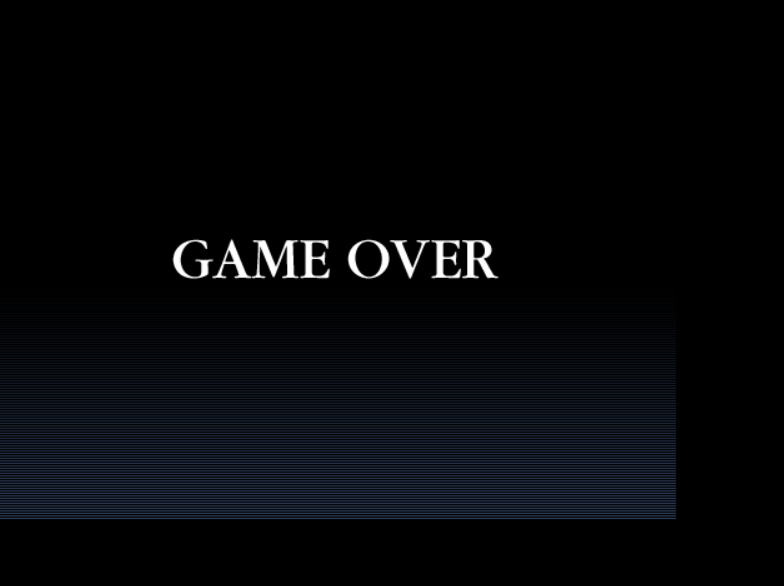 No, that's not edited; the game over screen doesn't fit the resolution for some weird reason. 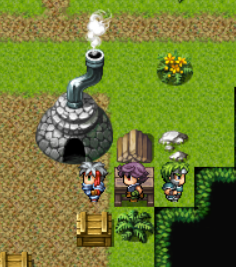 Now, my biggest gripe with the game...

The combat is not balanced. It is not difficult; it is unbalanced. That's a very fine line, and extremely easy to cross when trying to make a difficult game. Everyone has a different 'level' of difficulty; someone may find one game easy while another finds it very hard. I'm going to address the points that make this combat unbalanced rather than difficult.
In difficult combat, the player can do something to survive. They can strategize, use skills and items, and make it through if they plan. Unbalanced combat, the player has limited to no control over battle flow and is at the mercy of RNG.
Overall, the combat seriously hurts the game here sadly! There's some good stuff in this game! Nice attention to detail, obvious care and thought gone into the world. But the unbalanced combat doesn't do it justice. Majority of the balancing can be improved by making some heal skills/items give health right away, instead of ONLY a heal-over-time state.
I'm going to keep playing, though for how long I don't know. Depends on the combat, and the RNG of it unfortunately.
Balance the combat, clean up some of the consistency issues, and you've got something with really nice potential here!

@Cythera
Thank you for the very detailed feedback! I'll try to fix the obvious bugs, typos, and oversights in the next day or two (I have no idea what to do with the game over screen though).

On the Less-Than-Positives:
As for your other concerns regarding combat:
When I come out with the next update, I hope you continue playing it! There's still a lot of the story to go!

I think altering the Dodge on enemies and giving immediate heals will make your combat much more balanced already! I see you want to make combat difficult, which is great! That's a very hard thing to get right, and super easy to cross into unbalanced/unfair territory. Giving immediate heals is by far the biggest thing; everything else I mentioned I could even live with as is.
I just had so little control over my own health in combat

Keep with it! I'll keep an eye out for the next update.

Very quick patch, version 0.2 is now up. I fixed all of the bugs and oversights pointed out to me (except the game over resolution, still looking into that). Some of the bigger changes:
Other changes, like spaced out dialogue, SP gauges outside of battle, and a longer and more realistic beginning, will come in a later patch.

New game over screen, this time it matches the resolution! 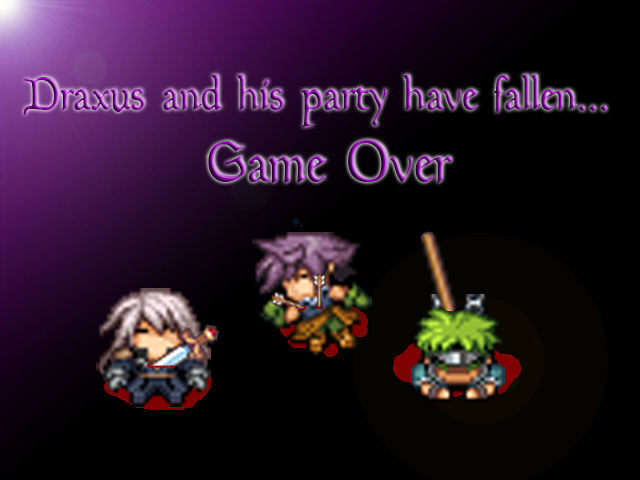 ct_bolt
Part of me is really missin' the good 'ol days of RM '95... goodness just seems like such simpler times
39 minutes ago •••