You play as Pingu, a clay penguin that has some weird abilities at his disposal. Right from the start of the game you can go wherever you please, at least that is the goal, making the player feel free and do what he wants to do first, while unlocking some features and areas as you progress in the main storyline.


Pingu finds some weird sh** along the way, enemies, allies, and more to discover in this weird world he is in.


As the story progresses, Pingu goes through hell to save himself and those he cares for. Will he make it? Or will your decisions make it worse?


As mentioned above, I want the game to feel like you are free to go where you want, like Grand Theft Auto of course, with places to go to and different activities to earn money to become rich and do what you please. Right now, the demo has features such as


I think I went a little too deep with the features and maybe I missed a few more, as you can tell this is quite a big project.


http://pastebin.com/c7QXMxwx (a bit outdated, can also be found inside the game's files).

Download
​
GameJolt (contains download link)
​
(The reason I chose GameJolt is because I find the download and upload speed on that site amazing, unlike Mediafire, I do not intend to advertise anything)
​ 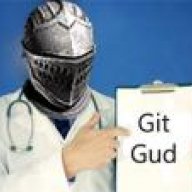 You know what? I always have time for some homicidal penguin action, Thanks bro I'll let you know what I think lol

Thanks! I hope you enjoy it, and if you don't I hope you can give me some nice feedback


So it's been a few days, played your game on and off a few times. Here's what I took from it,


-I like the battle system a lot it reminds me of Legend of Dragoon
-FTHE POLICE (NOOT NOOT)
-Really like how you handle the zomming in and out feature in this game
-Rock Paper scissors made me rich as hell (if only life were like that)
-The multiple personality of pingu is great, with the vulgar one being my fave


-Saying rude **** to NPC's and then running from them when they want to fight is funny to me for some reason. Good job on that


-when Pingu noots his little mouth animates, which isn't a big deal, but more so a nice little touch I like


-The chicken is homie of the year


Cons:
- The difficulty can be super unforgiving at some parts, enemies can sometimes seem to output more damage than you can do


-I might not be doing it right, but the press A combat system seems a little lagged


-Getting hit by cars seems to kill you? I got stuck in the road and couldn't move after getting hit by a car once so I assumed that's why? It would be a nice touch to add wasted or something to show I'm dead. It might've just been a glitch though.


I wish I had more time to sit down and play, but I think you're on to something with what you have. Let me know when you have a full release I need to know what happens next lol
Last edited by a moderator: Aug 15, 2016

Thanks for that (really funny) review, it's weird no one has encountered that laggy A in combat, you maaay have done it wrong or the game was indeed lagging on your end, and also you are supposed to get a wasted screen after you are hit by a car, weird bug that I will look into, can you mention which car exactly it was? I tested and they worked fine.


Also, yes the difficulty isn't exactly fair sometimes, but if you know what to do (and sometimes lucky) it can be pretty easy, I can add an easy mode if that bothers you too much.

Your review motivates me to keep going hard at it, appreciate it <3 I will for sure finish this game and have around 30 missions and plenty more places to explore and things to do. It's a big game, and I want it to be amazing in every aspect.
Last edited by a moderator: Aug 16, 2016

You're doing great so far, I'm glad that motivated you and made you want to finish it up. It has sooo much potential if you see it through. The lag thing I'm not sure, and the difficulty thing definitely wasn't game breaking, but just something I noticed. With those enemies that were kicking my **** in I got past them eventually. So only add difficult options if you feel that's the right move.

greenrivers
Got a windowskin working nicely to go with Mog's menu plugins.

LadyAnise
Just getting started on RPG maker and having a blast!
Today at 4:25 AM •••

Avery
I am once again escalating in the kitchen. I might or might not be 4 types of cookies into baking and not finished...
Today at 3:20 AM •••