[Demo] The Haunting Of Rosebrook Manor 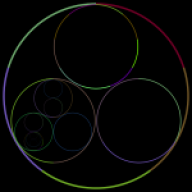 The Haunting Of Rosebrook Manor

A light-horror adventure game (more creepy than scary) about a psychic named Henry Slade who has been hired to investigate the legendary “Rosebook Manor”, a seemingly cursed mansion that has been the site of dozens of violent deaths since it was constructed in the late 1800s.

To uncover the mysteries of the deadly manor Henry is going to have to team up with a handful of ghosts. Psychically bonding with the ghosts allows Henry a glimpse into the mansion's dark past, but the bond goes both ways and the more Henry learns about the past the more the ghosts begin to affect the present...

By bonding with a ghost Henry can visit an alternate version of the mansion. These alternate realities are influenced by the memories and traumas of Henry's current spirit companion. Exploring these parallel worlds not only gives Henry a glimpse into the secret past and personality of each ghost but also provides a way to overcome obstacles that Henry would be helpless against on his own.

For example, a room that's normally too dark for Henry to see in might be brightly lit by bonfires while bonded with Janet the burn victim. A dead garden might spring into life while bonded with the watery ghost of the drowned Ophelia.

But the ghostly realities aren't always beneficial. A simple hallway might become an unbearable inferno or a basement might become a flooded death trap. In order to progress the player will need to thoughtfully switch between different ghosts (and no ghost at all) while hunting for keys and clues.

As a western style ghost story the game includes some generic Christian elements such as prayer, exorcism, crucifixes and the assumption that heaven exists. However, the game is mostly focused on solving puzzles and the exorcisms have nothing to do with any real world religious rituals (The main character just says something comforting and the ghost passes on).

Overall it's a lot like Dracula. Christianity is used as a setting element to help explain the weaknesses of a supernatural entity but no real religious issues are ever brought up.

Here we see three different versions of the first room of the demo. It's still early on in the game so the ghostly worlds aren't that different from each other, but as Henry digs deeper into the past the differences between worlds will become more significant. 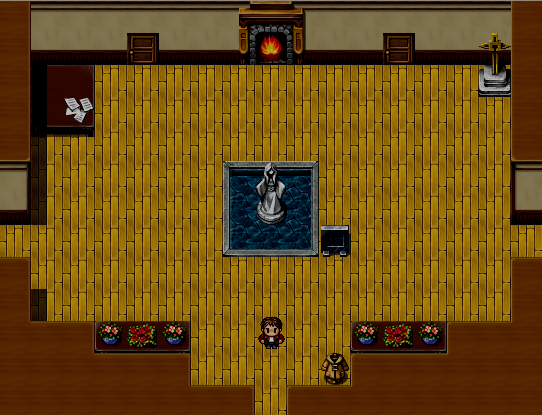 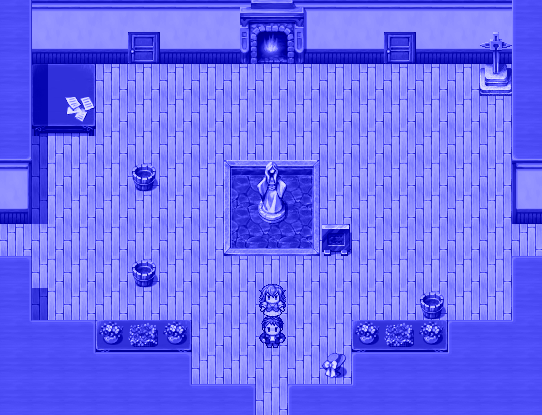 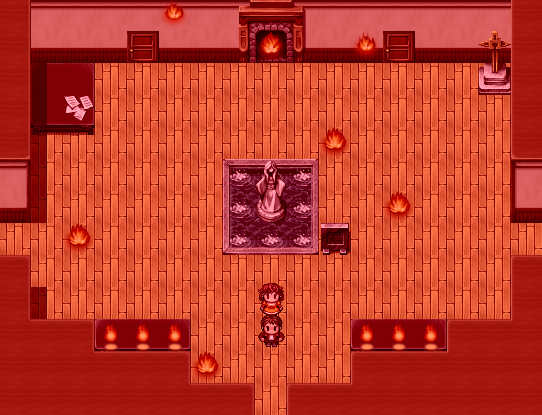 The complete game will (hopefully) feature:

- A plot! (I've got one outlined and everything)

- Actual horror elements such as jump scares and peril (It is a ghost story after all...)

This is a proof of concept demo that skips over the plot and horror stuff and jumps straight into the whole “Switching between multiple ghosts to solve puzzles” thing. The environments are a little plain and the puzzles aren't very hard but I think it captures the basic spirit of what I'm going for in the full game.

Quite an enjoyable little puzzle game so far- it even took me a little bit to figure out the puzzle...mostly because I didn't read the notes to find out that you could pruge all ghosts. Can't wait to see more.

This is an interesting demo and I thoroughly enjoyed figuring out what to do.

As you acknowledge, it doesn't yet have much of a story, and Henry's characterization is almost zero.  However, there are hints of character in the two ghosts.  I liked the various bits of dialogue I got when I clicked on things.

So looking at it purely as a 'proof of concept' technical demo, you clearly have got the basic mechanics worked out.  However, I think it's important to have best practice in from the very beginning because going back later when there's a lot a correct can be soul destroying.  I was playing away quite cheerfully when I was called away - and it was at that point that the total absence of any way to save became problematic.  I had to close down and lose all my progress (2 ghosts out of 3) which didn't please me.  I then had to start all over from the beginning.

So question one: How are you intending to implement saving?  RL has its demands on most people and a save function (save point or save anywhere, whichever) is, imo, essential; you can't just leave it without.

Mapping:  I know you say that you're going to get custom assets (are you sure you need to go to classified?  There are literally thousands of free tiles in the resource section.) but good assets won't make up for average at best mapping skills.  Your opening room is too big and bland.  It gives no sense that this is an abandoned mansion, and yet it could, even with the RTP tiles.  If it's abandoned, why are there 6 pots of healthy looking flowers on the tables?  If it's a mansion, why is it so lacking in any indication of wealth and/or style, other than a large'ish fire place?  The dining room is no better.  Okay, the library has a lot of book cases (not arranged in a particularly interesting way), but other than that this could be the house of a poor person.  I would suggest practicing doing interesting maps and really see what you can do with what you've got so that when you do get other assets you can take full advantage of them.

I liked the way the music changed with each ghost, or no ghost.  I think that your device of using Henry's papers is a reasonable one for explaining the mechanics, though I might be inclined to add a phrase to the bit where he is at the cross where he says that he can use it to be on his own - perhaps something along the lines of "Sometimes I need to be on my own when working".  That will be a small hint to those who need it that he can also work solo.

As an introduction to the mechanics of your game this covered a lot of ground efficiently and effectively, but if you want to give a satisfying game experience, I think you will need to devote as much attention to mapping as you have to everything else.

Thank you both for playing my demo and I'm glad you both liked the basic idea.

ksjp17: Those are some excellent questions and some very valid criticisms. I definitely cut a lot of corners in the tech demo.

In a lot of ways “Interesting mechanics, horrible game” is exactly what I was hoping to hear. Now I feel more confident that I have a system worth building an actual story and world around.

Anyways, to answer some of your concerns...

Saving: I plan on using the default “Save whenever you want” behavior. I'm aiming more for mystery horror than survival horror so I don't think I need the tension of limited save points.

Saving was only disabled in the demo because the game was fairly short and shutting off the entire menu was faster then removing the unneeded RPG elements (which I will do in the full game). In retrospect that was probably a bad idea. Sorry to have inconvenienced you.

Mapping: I've been researching actual mansion blueprints to get a better feel for how the game should be laid out. I'm also trying to add more details per room to avoid the “big but empty” problem that the demo has. It's amazing what a nice patch of carpet and a piano can do for the look and feel of a room.

I actually got rid of the tech demo rooms and started my maps from scratch now that I'm building the "real" game. Like you said, it's important to do things right from the start and the tech demo has already served it's purpose of proving I can get the basic game mechanics and events to work like I wanted.

Tutorial: It looks like purging ghosts was the most confusing element of the demo. Whoops.

In the actual game I hope to avoid this by introducing game mechanics and different ghosts one at a time instead of all at once. So there will be one room early on with a short scripted event whose only goal is to teach the player how to purge ghosts.

Sort of a Legend of Zelda or Metroid style progression where you get new "tools" at regular intervals that slowly open up new exploration options.