Magistra is fine, but in some societies, it could still be considered Magister, as that's the position she holds. So that's just a matter of opinion.

@ksjp: Glad it's no longer an issue, thank you for the feedback.

As for the magister/magistra thing, Beatrix has hundreds of lines of dialogue in the game and I am far too lazy to go back and fix that now, but thank  you for catching that hahah! XD

Took me 3 tries but I finally got it. BD

Glad to see you're able to continue!

I really do hope you enjoy the game.

I worked countless hours to make my vision into reality!

Any other feedback you may have is totally appreciated.

You'll get it. Just know that I can be a harsh reviewer at times.

But you'll get my honest opinion.

Better to give me honest feedback that can possibly improve my game than to sugar-coat things and leave me thinking it's good when in reality it could be awful hahah.

Then let me get my first gripe out of the way. This strafing thing where you can walk diagonal? It drives me crazy!!! Nothing wrong with it except once in a while, I'll go a way I didn't want to. But it does drive me bonkers lol

And I have to agree with ksjp17. I think that should say "come back to us."

I could understand one, maybe two, people saying anywho, but everyone??? It should be anyways.

And vuala is actually voila.

Ah-ha-ha!!! That Miranda annihilated me. And I was level 6.

This is where I call it quits. Beginning of the game, the first "dungeon", Juton Forest, is just way too big and confusing for the beginning of the game. I can't even find the chicken. Also, the battle difficulty is too high. As are the prices for everything. I can't even afford to buy supplies I need to heal. Good game, I just think the creator went a little too over the top on challenges, maps, and difficulty.

Plus, so far, the story is uninteresting and the quests are just tedious. All of them requiring you to go to places far away. The only good thing about this game, is the content. Furnishing your house, quests, crafting, cooking, etc. All of those are awesome. Everything else, not so much. The music is original, the content is refreshing, and there's plenty to do.

The grammar and spelling brings this score down, as does the story, and the difficulty. The content and crafting helps keep this above a 5. Without those, it'd be a 4/10.

I wouldn't mind as much if that forest were later in the game, but the beginning is a little ridiculous. Also, everything respawns too quickly. I would suggest an easy, normal, and hard mode.
Last edited by a moderator: Apr 17, 2015

I do appreciate your feedback, but I feel as though you were expecting a "hold my hand rpg" experience, which my game is not. My game is balanced like any regular RPG would be balanced, but a bit more on the "easier" side in comparison to games like Final Fantasy, Grandia, etc. A bit of the feedback seems to be a little unfair,  Most of my test players and people who have done Let's Plays mentioned my game being a bit on the "easy" side, which is what I was aiming at for the most part. You can't even get a game-over in my game, so worst case scenario, if you died in combat, you get a free ride back to safety and don't have to worry about losing any progress. Anywho (see what I did there ), sorry you didn't get out of the game what you were looking for. Thanks for taking the time to share your thoughts!
Last edited by a moderator: Apr 17, 2015

It wasn't easy for me. Then again, most games aren't. I think I was just a little lost in the Juton Forest. Something like that in the beginning of the game kind of puts me off. I respect the work you put into it. It took a lot of time, and I know I'll never make content that good, but it wasn't for me after all. I'm sorry.

My greatest fear has come to fruition...after releasing my "completed" game to the public and amassing over 450 downloads across multiple websites, a game-crashing bug has been discovered that was somehow not discovered on my end.

At the last parts of the game, the player has to visit 5 shrines throughout the world to charge a relic, but the game crashes when you try to interact with said shrines. I believe I have figured out what was causing the crash and I have hopefully fixed the problem. The crash strangely does not happen during "test plays" but happens during a regular play...which baffles me.

I have updated the download to reflect the change and hopefully, the fix. I am dearly sorry for those who have downloaded the game and have run into this issue. The updated download should hopefully make it all better.

PS - To continue where you left off with the new download, all you have to do is Copy and Paste the save file from the original game folder to the new one.

The save file name should be something like: "Save01.rvdata2" or along those lines.

Here are some of the Let's Plays that people have done of Demon Hunter! If you were curious about the game itself and haven't played it yet, perhaps these will help you decide if it's worth your time!
Last edited by a moderator: Jul 7, 2015 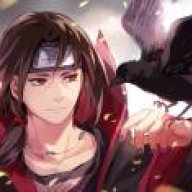 Well, I hope you won't be disappointed! 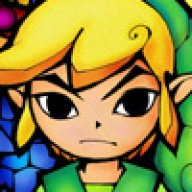 A shameless bump should not be needed for this game

After reading this, people might think I actually am a friend of the developer. Not true, I just enjoyed this game more than most games I play. I even wondered why he made this a free game

First, I read a comment by someone who did not enjoy the ability to walk diagonally, that was just one of the things I enjoyed about this game

Don't really know where to begin.

Took me 49&1/2hrs to complete. But then I'm a bit of a grinder and the mapping was good enough that I grinded just for hell of it and to be super strong so I would not die as I do in other games

It's just to bad that Fernyfer775 did not start making games sooner so I would be able to download and play another of his games.....unless it's a she and that ugly avatar is not really the developer hahahahaha

Just noticed another big fan on the RMN site, check it out
Last edited by a moderator: Oct 2, 2015 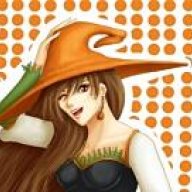 Just a belated heads-up; we've been streaming this on our Twitch and plan to stream it again on Monday at 7:30pm Central Time.

You can find the details in the forum link in my signature.

How do you activate the steel doors with a blue stone please. Have almost completed but I still cannot go through those doors?

Sorry...I mean the doors with a pink (not blue) gem in them.

granny steph said:
How do you activate the steel doors with a blue stone please. Have almost completed but I still cannot go through those doors?
Click to expand...

After a certain point in the story, you go on a quest to open the doors. To get the keys, you have to talk to the mayor of each city. Until then, the doors are inaccessible. 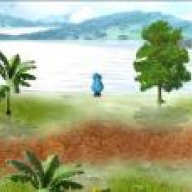 Hollow 1977
Interesting week. Lots of stress and anxiety especially on Tuesday but still got thru it. How is everyone doing?
10 minutes ago •••

I'm calling her Robin because obviously.
12 minutes ago •••