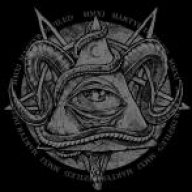 I'd like to show you my game, Demons From Beyond: The Shadows of Annwyn.
This is a science-fiction RPG game set in a bleak post-apocalyptic vision of the future.

One of the most distinctive features is undoubtedly the visionary and sinister storyline, with lots of strange elements and full of plot twists.

Secondly, I've decided to focus on the character development/customization system, which should help to make battles more "tactical".

Here's a brief description of the game:

Face the perfidious threat of an alien invasion in Demons From Beyond, an old-fashioned RPG with horror and sci-fi elements, featuring a dark and intense storyline full of mystery and secrets to unravel. Try surviving the barren wastelands of New Namiria, a devastated world brought to its knees, ruled by small groups of ruthless dictators come to power by force and murder ...

Fight against the worst things from the darkest corners of the universe and make your way through the forbidden chambers of ancient dungeons and temples.

Take your journey to other dimensions, where past, present and future all meet ...

/////////////////////////////// KEY FEATURES ///////////////////////////////​
◘ A devilishly, sinister unpredictable plot, rich in lore, mysteries, enigmatic figures, twists and turns.
◘ Fast-placed, full animated combat system, with dozens of skills and spells to choose from.
◘ A deep character development/customization, shaped by the type of weapon and armor equipped.
◘ Grim environments, inspired by the '80s sci-fi cult movies and the Lovecraftian horror.
◘ A simple but effective crafting mechanics, with plenty of materials to create wonderful, or simply useful items.
◘ A healthy dose of humour and crazy ramblings.
◘ 1000+ items to find and use.
◘ Riddles to solve, secrets and hidden rooms ( with their secret contents, of course) in almost every map of the game. It shows the full first act (about 1h - 2h of gameplay, depends on you).

Feel free to download it and leave comments, send me private messages, or simply give any suggestions. I'd really appreciate it. New Updtate: I made a short video presentation to reveal some animated maps (see at the top of the thread).
Yes, I know...it's a little bit laggy, but unfortunately my pc is pretty outdated.
Well, in any case, I hope you enjoy it!

Hi! I really like the environment, really well done! Keep it up man and good luck.

Hey guys, nobody wants give it a try?

I tried to give the demo a try, but apparently I'm no good at it because I got stuck just trying to figure out password for the computer. I do have a few comments though, my biggest issue was with the fact that the game is forced into fullscreen and locks the mouse to the screen. Please don't do this, I prefer playing in windowed mode and there was no way to change it so I ended up wanted to whack someone over the head with the notebook I had to grab to take notes on the game with... Which I almost didn't get to use at all because the game crashed right after I sat through the scrolling text intro. It looked like there was an issue with Khas' lighting script, but oddly didn't happen when I restarted the game. It may be a uncommon bug, but if your game crashes that early it's likely that some people won't bother giving it another go.

I noticed a few spelling mistakes and words getting cut off in the message boxes, so it may be a good idea to got over everything again and fix those (one was 'yuor' instead of 'your' when choosing your name). As I mentioned, I couldn't get too far into the game so I don't have much feedback, sorry about that.

The khas lighting script problem you're speaking about happens when you press the key for the forced exit and try to restart the game at the first time. I never had any problem with crashes during the game. Anyway, thanks for your feedback!

Huh, I would not have made that connection. I did restart because I had to jump up and ended missing some of the scrolling text, but the game didn't crash until after the intro so I hadn't realized the two were connected. If that's the case then yeah, you probably don't need to worry too much about it since I doubt most players would be restarting that way.
You must log in or register to reply here.
Share:
Facebook Twitter Reddit Pinterest Tumblr WhatsApp Email Link