I have been trying to deploy my game for some friends to test, but every time I go to deploy it and put it in a specific folder, the folder ends up being empty. I am just deploying to Windows. The deployment will be successfully and I receive the success message, but the folder is empty each time. I was able to get it to deploy the other day with no issues, but now I am receiving a ton of issues. I have tried both excluding used files and not excluding used files. I have tried several different folders. PLEASE HELP ME!!! 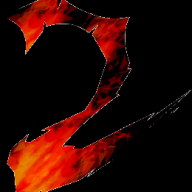 Just a wild guess...
I think I remember having a problem with deploying because I was on a non-administrator account. Are you an administrator on your computer?

@Aeonex I am at work currently, but I initially deployed it from here a few days ago...

1) please remove the spaces from the folderpath. MV requires all filenames and filepath to follow networking rules.
2) never have the output path inside the project path, that is risking problems as well.


But it created a new folder on my desktop called game
I followed that path and the total path is: C:\Users\jonasg\Desktop\Game\www\Game\www\Game\www\Game\www
But there was no executable file for the game, and everything is dated 9/4/2017
I am super confused.....
Attaching Screenshots to hopefully clarify what I am typing.

Then either your editor is damaged, or the file system of your HDD has problems.
I suggest deinstalling and reinstalling RMMV and then try again, remember to backup the generator folder if you edited that as the reinstall will also change that back to default.
And run a program like checkdisk on your HDD.

TheNewSon
I'm making my game in both English and Portuguese. I wonder if I should add Spanish too? :v
27 minutes ago •••