Deployment for Mac from Windows

Hey all, I’m having requests to export my game for Mac. It is built on the Windows version of MV.

Is this something that is possible? Will I need to do something extra to allow it to run on Mac?

any feedback or direction on this would be greatly appreciated, thank you!!

the easiest way to do this is to borrow a Mac, install the editor on it (needs the steam version, but that is included even if you purchased the standalone) and then deploy to Mac from there.

if you choose to deploy to Mac on a Windows computer, you'll get a folder that would become the MacOS-App if deployed on Mac, but is missing some data that can't be stored on a NTFS-based harddrive (windows-default).
You would have to copy that folder to a Mac computer and add the dataflags to declare it an APP there.
Unfortunately I don't know how to add those flags as for me the first way is easier.

I heard that some people had success by allowing some website shops set the flags when uploading as a zip-archive, but I don't know which sites were used for that, and other people reported that it didn't work for them. 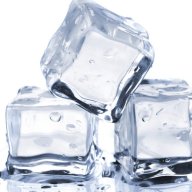 One option for Mac deployment is to deploy to Mac from the Linux editor instead. Linux very rarely installs on NTFS-based drives and instead most commonly runs on ext4. You can either run Linux in a virtual machine or off a bootable-usb for this purpose. You will need to install the editor from Steam though.

Regardless of if you deploy a Mac version of your game from another Mac or via Linux like I suggested above, one trick that can help with future deployments after your first Mac export is to keep a copy of the shell it created. What I mean by this is keep the main project folder and all its contents that exporting for Mac provided and only update the contents inside the app.nw folder. You can do this update by exporting your game to Windows per usual, then take the contents of the www folder and paste/overwrite the contents in the app.nw folder for your Mac version. The app.nw folder is found in your_game/Game.app/Contents/Resources/app.nw of the Mac exported folder. Again, keep all other files. By doing this, you can keep doing future Mac exports from Windows. No idea if this works for MZ though. The initial Mac version, again, will need to come from a Mac or Linux machine deploying for Mac.

You could technically use a different game built for Mac that matches the same MV version you have, delete their app.nw folder contents and then paste your Windows www folder contents there instead. I am unsure if this violates any rights/eula as all the unique bits of anyone's game are within the www or app.nw folder and everything outside that is just a shell to make the game run on that operating system. Someone can correct me here I'm sure.
You must log in or register to reply here.
Share:
Facebook Twitter Reddit Pinterest Tumblr WhatsApp Email Share Link

Poryg
I'm getting better at sleeptyping. Yesterday I typed something that didn't make sense at all contextually, but was a valid without any grammar errors (and almost no spelling ones).
4 minutes ago •••

Shaz
When you're on a streak and someone else steps in ...