Deployment to webbrowsers and mac fails 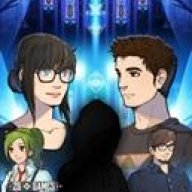 since a few days, after starting to deploy my games to Mac and Webbrowsers, I'm encounting some problems.

First of all, the Mac Version:
If I'm trying to deploy the Mac version and send it to someone to test it, I always fails to start the game.
"The application "Game" can't be opened."


Second problem, deploying to webbrowsers.
This is the biggest problem I have so far. If I deploy a Game to webbrowsers, some files seems to be missing, because there's nothing to even start the game. I've tried to reinstall the RPG Maker, deactivated my antivir and whatsoever, but nothing even helped. Still some files are missing.

I also deploy it all unused files, deactivated all plugins etc etc.


I am almost desperate all of this... Deploying a Game to Windows works fine and without problems... but all the other stuff... not even close to work...