Destiny Warriors: The Way of the Ninja 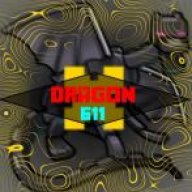 trevers18 said:
You know, a lot of this plot seems familiar. I feel like I've played a game like this before... oh, wait, I did. It was Naruto: Path of the Ninja.

Let's face is, this is almost a direct rip-off. These characters are way too similar to the original characters, plots are almost directly the same (as soon as I saw the scene with the whole team and the main Kage or whatever giving them a mission to watch a scroll, I instantly knew), and the lore is almost exactly the same (sealing deceased dragons/entities/whatever into children?). It's at some points blatantly obvious where the original game was ripped-off and added into this version, and it's really just... sad.

The grammar and spelling need some serious revision. You use multiple punctuation marks when they are way less than necessary (at one point I must have seen at least 12 exclamation points in one sentence, and even more periods in another), there are spelling and grammar mistakes littered everywhere, and the formatting for the text is just awful at best. Even with the clear plagiarism, I could probably have enjoyed this game somewhat if the spelling/grammar were at least halfway decent. Googling some guides for proper grammar and writing your script in a word processor with spellcheck might help you improve on this aspect.

Otherwise, everything else in the game isn't bad. I like the side-battle system (might look into it myself), the maps are alright, and I guess the game is somewhat enjoyable. Just work on ripping off less of the Naruto game/series and more on creating your own ideas/plots, as well as improving your grammar. Note that it's totally acceptable to create a game based in the universe of a T.V. show/anime/etc. as long as you utilize different plot-lines and don't steal directly from the show. Keep working, and I'm sure either this game or the next one will be much better.
Click to expand...

Yes, this game was inspired by Naruto, he even said it in the first post! But it is not a direct rip-off, it may take a couple of the same ideas, but it isn't easy modifying the code of the ninja based off of Naruto and other Anime, about the plot, it was in its own way a bit similar to the game, but it is still it's own plot, its not easy to tell the difference between a DS game and and RPGMaker Game, and to that fact, the effort put in to recreate the game still pays for it all, even if this were a remake of the DS game, it is still a lot better, using the scripts and modifying them to fit in properly with RPGMaker is not an easy task and whether or not it copies something, it's the work put into it that counts. Now i do in fact agree, there are many grammar errors in the game, but nobody is perfect, i've seen worse, but in the end of it all, my only critical problem with this is, it's too linear.

I have sold my game to a publisher and my game will now be featured on Steam.

Puffer
I totally didn't forget that I need to make a map for the tourney and totally didn't waste an entire day going through all 5 eps of the wolf among us
Today at 11:57 AM •••

CleanWater
Now I noticed that I joined the forum on April's 7. My birthday is April's 8. I purchased RPG Maker as a gift for myself and had forgotten this.
Today at 10:49 AM •••