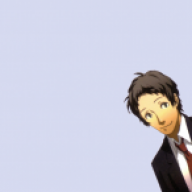 
Using the new plugins system, I'm hoping to do some of the things that I was never able to make possible in VX Ace. The first project I'm hoping to tackle is an edited/alternate equipment system that, instead of being defined by game files, classes, and actors, is instead defined in part by itself.


As of right now, I only have a somewhat specific idea of how this system should work compared to the more traditional equipment system.


1. Rather than numerous equipment slots, each actor, when and if fully unequipped, has access to only a single equipment slot: Core.


2. Every Core further grants equipment slots or automatically fills and locks them, depending on the part. On average, a Core will grant access to unfilled Arms, Legs, and Back slots, but some might have additional slots, pre-fill certain slots with locked-in parts tied to the Core, or have special slot types (such as Generator or Head, etc.)


3a. Each part has the potential to grant even more equipment slots, or come with pre-filled slots. For instance, an Arms part might give two Hands and two Shoulders slots, or it might give no Shoulder slots and have built-in weapons that can't be removed in the Hands slots.


3b. Hand slots always come in 0 or 2, so that two-handed weapons can be equipped (the weapon itself sealing the other hand slot.)


3c. Each part may again have special equipment slots, such as Generator.


4. Cores should be able to define, or redefine/take precedence over, in-battle display sprites. I want to at least support this, even if I don't do it for reasons of not having the art to test it with.


As it stands, I only have the plan laid out, as I'm not entirely sure if this is possible depending on when and how the equipment system updates- it should never be possible to remove a core, but if the game doesn't update which slots are granted by which parts, swapping them might lead to some issues.
You must log in or register to reply here.
Share:
Facebook Twitter Reddit Pinterest Tumblr WhatsApp Email Share Link