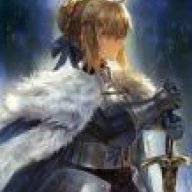 Okay, so I've been thinking recently about making a project revolving around the player developing their own guild along with recruiting guild members.


Either way, let's say you start and the player decides, "I should make a guild! The greatest guild ever!" (I know, so good.)


So you create a guild, you input a name and BAM you have a guild to manage with the following available:


Is this possible to achieve in MV? Does it sound like a good idea at all in terms of using an RM engine or just in general? (Not saying it's a unique idea.)

I think it wouldn't be too hard to implement as long as you have patience, but be prepared to spend a LOT of time on the coding and eventing. I don't mean just in the database either, though you could reduce the complexity on the guildhall map by having the expansions be to a preset pattern rather than letting the player choose what goes where since the squares on the map only have a few variants(unbuilt, built, upgraded, etc...) rather than needing to be able to change to whatever the player wishes to put in that spot.

I see, well I'm glad that it's at least possible.


How would one go about making an event for having the player input a name for their own guild?
Last edited by a moderator: Jul 9, 2016

@JinKuze If you are now asking a straightforward "How do I...?" question, that belongs in the Support forum for the engine you are using, in your case MV.  That way, others using MV can benefit from the answer.  This forum is for discussing the design of mechanics, not the how to of implementing such a mechanic.

I've seen your Report asking for this to be moved - thank you.


However, what I'm going to do is to close this thread and ask you to post a new thread in MV Support which asks your question directly, with all the information needed.  That is because if I just move this, anyone reading the existing opening post will possibly miss the point of what you are now asking, and not bother going any further.

Willibab
Tried changing profile icon but...It just felt weird, you know? Who would even want to talk to me if I didn't have this fat yellow rodent thing....Or whatever it is as a mascot....No one, that's who! I am nothing without it. NOTHING!!..
39 minutes ago •••

WingedHares
Pretty much stopped posting in the progress thread cuz it feels like talking to the void, lol, so I've just been posting on IG instead. But someone finally liked my post there, lol. Dunno if I'll continue tho. Probably not xD

My game's progressing quite well. Just kinda stuck on mapping right now. Decided to go the side, slightly top down view route. I'm drawing everything from scratch for a personal touch uwu
Yesterday at 7:57 PM •••