Excellent! I can have a file prepared for Saturday, for sure.

As far as focus... I'd like for the cutscenes to be critiqued. The game is made in pixel art, but there are some Emo-Poses that I feel could be used a bit more to convey the mood of certain cutscenes.

Also, I'd like to know whether I've revealed enough of the plot to pique the curiosity of the player. 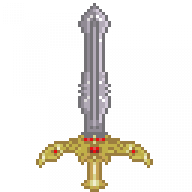 Is a slot open? If so, I'd like to follow the red thread. I have not come into conclusion yet what the curse is about primarily. A team hideout wants to rise in power, through inside treachery in the lands of Haskarae. Is it because a high set up priest is eternally dreaming and suffering, and they live through that. How does this curse come about and how did it arrive? And when do I explain about this curse to the player? Please playtest the demo and help me with conclusions and help with cutscenes.

@MiBa Currently downloading the workshop to access your files. I'll see what I can do today, and if not I'll be able to next week.

A quick word, I'll be resuming the que now that it is empty as of September 15th. If you would like to schedule some time please do so in advance
@Matseb2611 Here is your edited Synopsis.


Renedage Grounds was a misleading title at first, there is a duo of
mercenaries involved in a political plot for power based on a
magical device of which the current ruling faction of the city
wishes to posses.

That's certainly a lot upfront. And for a ground of mercenaries
that doesn't really seem to care about the ramifications that come
with that sort of plight. Despite that they agree, with no price or
reward amount mentioned.
Agela is the atypical mercenary with fiery red hair As an archer
she has varied skills, but no upfront power.

Ignus is a bit different, he resembles an imp and is different from
the city's other infernal residents. He has magic and wings which he uses
to keep himself above ground, but doesn't actually fly anywhere or
even across gaps.

While the game allows you customize gear, and socket it there is a
definite lack of man power on your side that even Ignus mentions to
their employer.

I was surprised to hear the characters talking, Agela's voice
actress seems to be doing dry reads while Ignus's actor was more
suited to the role, but had some rough spots that had been edited or
rerecorded. This is a new feature for Matseb so I assume there were
some bugs to work out during production.

Dungeons are divided into stand alone stages that cannot be returned
to after you advance. You can defeat all enemies and chests to
receive a message, but no reward for doing so is granted. Hopefully
we at least get an achievement of some sort for the final version.

Equipment is the most dynamic part of the game, allowing you to
heavily customize a character's skills, stats, energy gauge, and hp.
Battle relies heavily on strategy, and that is coming from story
mode as well.

This game does not spoon feed you, and I was left
dead more times than even Outrage or CoC. Matseb set out to
challenge players considerably more this time, and succeeds with the
boss fights down to even common encounters which cause problems for
the unprepared. You can further compound this by choosing Brazen
difficulty.

One character from the plot of interest is a Phantom named Angadani.
She is able to teleport to you at any time to reveal more
information, but it's done to the point where I question why she
didn't teleport after the criminals whole stole the device herself.
Apparently she can only teleport to people she trusts.

Visually the game looks wonderful. A custom message box and windows
really add a sense of style and depth to a new world you are
introduced too.

Awesome, thank you very much for the synopsis and the playtesting, man. They have definitely helped to make improvements on some areas of the game. I've added a few things to the final version now which weren't present in the beta, such as quest log, maps, and a few bits and pieces of lore.

I'm once again available. All standing obligations have been finished, and I look forward to helping you to improve your game making experience. If you wish to get me involved in a game jam, please be sure to have your synopsis ready, a time frame, and a link to the contest.

I'll be adding a resume of completed projects and activities, pending the latest NDA is lifted.
Last edited: Oct 2, 2017 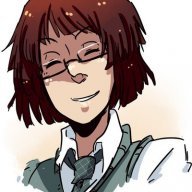 I wanted to thank you for taking the time to play my IGMC2018 prototype Custodian. Your comments and constructive criticism were very helpful for the future development of the project, along with growing my confidence. Your words were very honest, and I feel as though I may be heading in the right direction. I look forward to talking to you again once Custodian is closer to being a completed project.

I really am happy to see something like this on here. If cool, I have some plot I have in mind I wanna send to you if you're interested in it. Thing is, what kind of template do you use for requests?

@MrRussellgro That's a good question. I should make a template for requests graphical and otherwise. I'll have that done after the current Birthday event is done on the 28th, after I update this thread with those patiently waiting for services.

In order to help people stream line the process I have created a small form on google which people can casually request a place in the que and what they want worked on.