Traditionally speaking, low tiers encounters are made to stress out your resources and collect experience to customize your character(s), while the real deal, the reason you're facing swarm after swarm of blue jellies are the boss battles.

Anyway, that's seems to me the harder problem to face in balancing a game, both gamewise (grinding) and mathematically (you should devise a system that's engaging for both kind of opponents).

Now, let's figure out to go back to the roots and strictly adhere to the original role of each encounter type.
What low tiers opponents should do is just to stress out your resources (depleting your HP) and grant you bonuses.
All of them have "1hp" and you decide the maneuver to use. The maneuvers destroy them with both a cost and a prize, balanced (so, a "spell" destroy all of them with no prize, a "duel" cost you HP but grant you exp).
Low tiers combat should last practically just 1 turn. Your choice is about what to invest and collect from the event.

Then bosses come in, and probably you want some more epic and lasting mechanic that put your collected skills/resources into use.
Being this the root logic, each turn, following a routine and the boss "finite state machine" condition, you pick actions. Such actions change by the situation and your skillset/collected resources.
Again, no opponent HP to count in, the logic is about finding the best combo of actions to deliver a killer hit before the boss deplete your HP by reactions, according to your skillset.
In a word, you don't have a fixed set of actions (Attack, Spell, Item) but a contextual menu that change on the opponent status.
So, for example, in the heat of the battle you don't have the "Item" action, but if you can stun the opponent, the "Item" action is now there (along other new ones, like "Push" or "Blame"). If you have an active transform, buff or kind of weapon, different choice appear to further modify this branched fight.

That's the core idea.
Your thoughts on it are welcome. 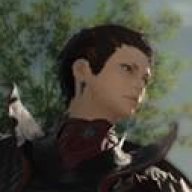 So it, with the item stun idea, you can't use a item unless the boss is stunned because, he'll hit you if your readying a item the readying of said item fails?

I always like the idea of boss's that makes you use skills at certain times or to "Counter" there ability.

As for difficulty, it depends. I mean,for me. I'd always put in 1 Main mec for the first boss. Then next boss 2 mecs, so like 1st is AOE dodging, 2nd has a new form of AOE dodging but with a small DPS check.

I don't get this topic all about. But my understanding is that you're proposing that the battle mechanic for the non-boss battle is different than boss battle?

I don't really get it either but this is my thoughts. I don't want to play a puzzle game for Normal battles, and a rpg for boss fights.

If I can one turn the enemies losing resources. But then the boss is just a series of events it seems... Radically different and trivializing normal combat if it has no effect vs bosses and the radically different is just odd.