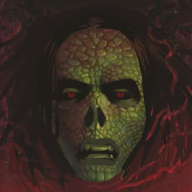 i never liked being able to open the items menu when i had no items in games it felt very tedious and annoying.... i specifically remember being confused the first time i played an rpgmaker game why i had to select the items menu INSIDE of the items menu
so i found a script that just shows it right away but for some reason when you select the empty item slot it crashes the game anyways
so i figure that just makes it even more important to find a way to disable/gray out the item menu (like the continue option when you dont have a save file) when the inventory is empty (maybe even a way to close the item menu immediately after using the last item to decrease the risk of pressing an empty slot?)

not sure if you can do it with events, switches, common events, or just a script but heres my menu scripts anyways in case its a "menu specific" kind of thing:

Two options. I'm guessing the second is what you want.
One fix the crash when selecting a nil item.