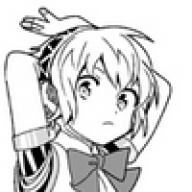 I'm writing a script, but I can't figure out how to gray out a skill. I'm trying to gray out any skill that has a TP cost higher than another variable I've previously determined. I've trying friggin' around with "enable?(skill)" under Window_SkillList, but that hasn't yielded anything. Suggestions?
Last edited by a moderator: Apr 6, 2015


Show us your script. If we can't see how you've written it, how can we tell you how to change it?


I do think enable?(skill) is the place you need to make your change, so if it's not working, chances are you've done something wrong in there.

I was more wondering about if there were general good solutions to that kind of function, but okay, point taken. The rest of my script is messy and uses game variables and stuff, because I'm groping my way through scripting blindly. But the idea is that I gave the player a lot of extra action times, and I want the game to deplete TP as they select skills, and then not use TP when the skills are activated, so their choices in the moment will be more apparent. Otherwise they can select skills until they run out of action times, and then they only activate as far as the TP stretches. So I made $game_variable[7] equal to the Actor's TP at the beginning of the turn, and it subtracts the TP cost of the skill from that variable when the player selects it. I had something like this to gray out the skills that have a cost higher than the dummy TP variable;

But nothing changed from the former problematic situation. I haven't touched the Window_SkillList script for anything else.


Have you taken into account the fact that the player could "undo" a move? They can select a skill, you can remove the TP, and when they move onto the next actor, they could ESC to go back and select another skill for the previous actor. If they do that, do you give them back the TP you've just taken from them? Not really expecting or requesting an answer - just pointing out that's the way it works, so you need to make sure you've considered it (even if you decide to do nothing about it)
Last edited by a moderator: Apr 6, 2015

The place I change $game_variables[7] is when the player selects the skill from the menu, as opposed to when the game subtracts TP from the actor, which seems to be after all the moves are assigned. So for the first move, $game_variables[7] is the same as the actor's TP, but for the second action of that same actor, the TP is still the same whilst the variable changes. In theory, anyway.

And yes, when a player cancels a move, I could just add the value back to the variable under the prior_command bit of whichever script that's from (I don't know off the top of my head). Save the value subtracted in a local variable or something.
You must log in or register to reply here.
Share:
Facebook Twitter Reddit Pinterest Tumblr WhatsApp Email Share Link