Hi everyone and thanks in advance for anyone who can help.

I'm using yanfly tp mode and I wanted to know if there is a way to disable all the tp gains related to a specific mode before the skill action so i wont gain any tp at all when using a skill?

I.E Im using a tp mode whre i gain tp by inflicting damage and state and i have a skill that inflicts a state and also damage and I dont want to gaim any tp when i use that skill.

I've moved this thread to Plug-In Support. Please be sure to post your threads in the correct forum next time. Thank you. 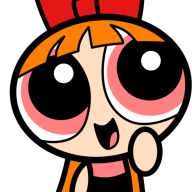 I'm also on that problem. did you figure it out? anyone could help you?

Okay. I have figured it out.
The solution would lies in the TCR ratio of your character during certain action:
Let me explain:
This default formula for Yanfly EnhancedTP is a mode that generate TP according to the damage you do considering the target max HP.

You see the formula include the user TCR

I think the default is 100% but what we want to do is to set it at 0% before the action occurs.

So the TP value gained from the formula would be:

How can we put the TCR rate to 0% so we don't get any TP from a skill?

States can help you with that.

Simply create a state that change your TCR to zero.

The name, icon and messages doesn't really matter cause it will not appear in your game.

Once this is finished create a common event that add the state to your party. it could also be a precise actor.

You can see i created a TP_Skill(A) which is the same thing but would remove the State : TP_Skill (This is the name i have given to the state that reduce TCR).

This will get useful for the next part as we will set when those common events happen during the skill.

If you using Yanfly TP mode i highly recommend you also use YEP_BattleEngineCore and the Action Sequence Packs that come as extension.

In the first action sequence pack YEP_X_ActSeqPack1 there is some very interesting reading to do.


This is a direct quote of Yanfly plugin extension Action Sequence pack 1:

Each skill and item consists of five different action sequences. They are as

and its individual effects. Usually what you see here are things such as the

will occur before the active battler expends their skill or item costs.

These actions will affect all of the targets simultaneously. Although this

section does not need to be used, most actions will use this for displaying

animations upon all enemies. This step occurs after skill and item costs.

This section will affect all of the targets individually. Used primarily

for physical attacks that will deliver more personal forms of damage. Actions

This section will dedicate towards cleanup work after the individual

start up common events, and more.

This section will have the active battler close up the action sequence.

items, moving back to place, and others.

Now that you know each of the five steps each action sequence goes through,

here's the tags you can insert inside of skills and items. Pay attention to

They will do their own respective action sets. The methods to insert for the

The most important thing we must retain is once we use the skill,
it uses a phase before it inflicts the damage which normally happens is Phase 3. Target Actions and also after,

In that case we would want our common event TP_Skill to happen in Phase 2. Whole Actions.

====That way, the user will have his TCR rate to 0% before inflicting damage====

Simply use the notetags you can find in the help section of the plugin or you can use this template:

in the Skills database 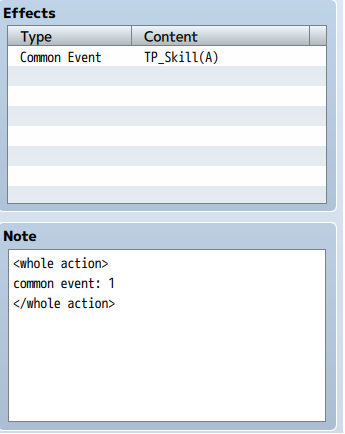 We can understand that the common event : 1 will happen during the Phase 2: Whole actions which happen before damage.

The common event 1 reduce the party TCR to 0% via a state.

I didn't have to input 4. <follow action> for the TP_Skill(A) because the effects section is it the Phase 4: Follow actions by default so they happen after the damage has occurred.

With the common events set at precise phases of a skill, you can temporally remove the TP restored by the Yanfly plugin by setting the TCR to 0% via a state.