Distributing RPG Maker XP games with custom fonts
​
Installing fonts is such a bother and requires admin privileges, so let us not do that
​


When developing our games it is very possible we want to use another font. This information is already present elsewhere, but as a quick reminder it can look like this.


What happens if Roboto does not exists?


Neither case is acceptable if we really want Roboto to be the font used.


Luckily we can use the AddFontResource function from GDI32.dll to load font resources. Unfortunately, in RMXP we cannot use fonts loaded through that call until the game is started anew. Should we load fonts in one game, and then run another game, that other game can use the fonts resources. I have encapsulated this functionality into a tool.


Note: AddFontResource requires the font to exist on the file system. I.e. it cannot load fonts from encrypted archives.


Once you unpack the zip file you will see the following elements:

Copy those files into your own game directory.

Copy the fonts you want into the Fonts folder, and use Launcher.exe. That's it.


Note: I have included the RGSS104E.dll just for good measure, just in case you use another DLL version. Feel free to change the Launcher.ini file if you prefer to another version.

Have renamed your Game.exe files? Edit the Launcher.ini file:


Code:
Say the name is "Hello Steven.exe" then change the Launcher.ini file to be:


As you sure have noticed. We have an encrypted archive called Launcher.rgssad. To explain why this is important because encrypted archives have higher read priority than file system files. I don't mind showing the code: http://pastebin.com/8aw6CFcY


The name of the executable have functional meaning. Let us look at the sample game directory again:

Note we have two executables here.


In other words you can say


Next it tries to load the resource located at Data\Scripts.rxdata. If it has an encrypted archive associated it searched that before the file system. So we end up with this loading sequence.

You can also encrypt the game just fine. Then you'll Game.exe try to load resources from Game.rgssad before the file system.


This software is provided 'as-is', without any express or implied
warranty. In no event will the authors be held liable for any damages
arising from the use of this software.

Permission is granted to anyone to use this software for any purpose,
including commercial applications, and to alter it and redistribute it
freely, subject to the following restrictions:


1. The origin of this software must not be misrepresented; you must not
claim that you wrote the original software. If you use this software
in a product, an acknowledgement in the product documentation would be
appreciated but is not required.
2. Altered source versions must be plainly marked as such, and must not be
misrepresented as being the original software.
3. This notice may not be removed or altered from any source distribution.


Wachunga has made a script which tries to actually install the fonts: https://github.com/wachunga/rmxp-auto-font-install


That script requires administrative privileges, actually install the fonts and cause changes to registration database.


Using my tool does not install anything and it requires no administrative privileges. On the downside it does runs two executables.


Let me extend some thanks to Laura Shigihara. She is using a custom font for her upcoming game, Rakuen, and her request for help eventually turned into the tool and this topic.


Thank you for reading my tutorial.


Any comments are appreciated.


Additional data about whether it works for your or not is appreciated.


For Ace I believe you can just add the custom fonts to a Fonts folder and have them read automatically.

Woahhh...  I wasn't there yet, but then I got stuck on... *sigh* spriting!  (Fortunately I had the time to play with the systems graphics.)

I have updated the links to point to a new version of the tool.


Previously I checked for *.ttf in a case-sensitive manner. I.e. Hello Kitty.ttf would be picked up, but not I am Mister Roboto.TTF.


Now searches for *.ttf in a case-insensitive manner. 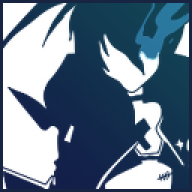 Nice script Zeriab, it's good to see you still working on RMXP :3

Hello Kitty, Mr Roboto LOL  I like the toutch!


I still enjoy working with RMXP from time to time.
Last edited by a moderator: Nov 21, 2016

I understand... I miss my Amiga! 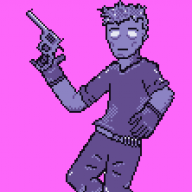 Some of the images on the page are broken, but I should be able to figure out how it all runs with some experimentation. I tried following the directions on the page, but my fonts still aren't visible. I am using a message script, but it actually has a demo that is able to switch fonts, so I don't think that is an issue. I used the launcher to open the game, but my fonts are still invisible. I am using a .ttf and i installed it for good measure, is there a specific way I need to call the font inside the game?
Last edited: Dec 14, 2018
You must log in or register to reply here.
Share:
Facebook Twitter Reddit Pinterest Tumblr WhatsApp Email Share Link

zerobeat032
a lot of my maps and battlebacks are me redrawing base rpg maker mv stuff to match with my own artwork... sometimes it comes out ok lol.
5 minutes ago •••

MrKiwi
Guess I had to do something related to xmas...

HexMozart88
"16. Do NOT contact other members by private message, on the forum or status feed, inviting them to put additional tools (such as leaderboards, ads, etc - whether yours or another person's) into their game."
Oh no. Necessity is the mother of invention. Do I want to know what happened?
Today at 8:23 AM •••