Don't forget the  ;  at the end. Also you need either a zero or one to indicate false or true. (Respectively.)
Last edited by a moderator: Feb 2, 2016

Thanks for your answers.

I haven't forgot to end the line with ; and I had tried the boolean with both 0,1 and true false before. Tried again for good measure, on an event only with that script call, and it still crashes with "undefined is not a function".

Can you do a screenshot of your event and where you've set up the map button?

Here it is.
http://imgur.com/wZEh2K4
http://imgur.com/ISlpWuo
The icons I currently have are those two on top left corner (I thought I only had one but no matter, both buttons are working, one calls the menu scene the other calls the debug scene)
Last edited by a moderator: Feb 2, 2016

Azgraal said:
Here it is.
http://imgur.com/wZEh2K4
http://imgur.com/ISlpWuo
The icons I currently have are those two on top left corner (I thought I only had one but no matter, both buttons are working, one calls the menu scene the other calls the debug scene)
Click to expand...

Can you take a screen shot of the error? (Push F8 when the error pops up.) Might be another plug-in causing the problem.

Can I also see a screenshot of where you have the button configured in the plugin manager?

I didn't know this view existed! So does this error mean I have to define something inside the main function of all those .js?

Can I see how you have the map buttons set up within the plugin?

Thanks a lot for bearing with me on this one.

Okay, I'm hoping I see your problem. In your setup, on the Button 1 Data line, you only have 4 numbers (as well as the others).


It needs 5 numbers for the parameters, as follows: x, y, coldIcon, hotIcon, and visibility flag


X is the X position, Y the Y position, and then two values for 2 different icons - one while being pressed, one while idle. And then the last value is the 0 or 1 for visible or not, and it looks like you don't have that.


Here is a picture of my setup: That still doesn't work, but I believe that's due to the same thing. Adding either a 0 or a 1 at the end on the plugin settings makes no difference and the icons are always shown.
Last edited by a moderator: Feb 2, 2016

So button 1, if you add a comma and a 1 at the end, and then trigger the event, you still get this error? Or does it now just not disappear?


If we can't help you tonight, I'll bug Dekita to take a look at it as soon as he can.

So... I just realised that I was using the previous version of the plugin, which didn't have the visibility option yet, and that's why it was undefined. Oh boy do I feel stupid...

The thing is, I just updated both the DMV_MapButton and the DMV_Core and now, even simply having the script active crashes the game on loading and gives an array or errors.

EDIT: So after updating both .js as I stated it seemed like it had worsened. Then I gathered all the courage I could muster, deleted all the plugins and plugin entries I had on my project and re-entered them one by one, having the care of adding the DMV plugins first.

And now it works flawlessly.

Thanks so much mlogan and Ariaka for your patience and for trying to make sense of my problem.

On an unrelated matter, is it possible to resize buttons? I'd love to enbiggen them a bit if that's doable.
Last edited by a moderator: Feb 3, 2016 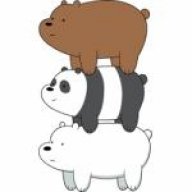 This is hawt. Any way to make the buttons display text above them when you hover over them with your cursor/mouse?

hi guys uhm its a great script yet i fail to show the buttons on my screen, do i put the icons in my system? do i need to call script for something? im confused its like a puzzle with this script..

I am a little confused...I read through all the posts here and I am having a basic issue.


I have a button open up the main menu or any menu, however it is annoyingly difficult for a mobile user to exit that screen...Is there any way to make a button to exit the screen that i go into?

Hi guys, just to let you know im back after taking a bit of a break, so if you have any random issues with this plugin, let me know and I'll try help as best I can.

I want buttons become active since menu screen and still active in combat. There is a way to do that? 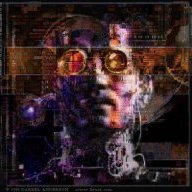 I don't see the buttons..


I have the 3 plugins in order.


When I hit play, the console informs me:

I can run functions from any of the 3 plugins without error.