RMMV Do you think this story sounds good? 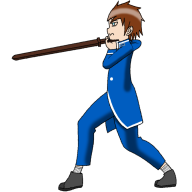 Theseus has lost their memory and tries to recollect their past via tarot cards. While they're searching for their purpose. They come across multiple allies, companions, friends, & foes along the way. In doing so, it triggered brief flashbacks of their past. Once at the end of their journey, Theseus finally remembered their true self as the god of creation and destruction, or Theseus von Tenebris.

A few weeks after the fall of Theseus. Kale told them the truth about their world. That the current world they are living in another book. A replica of the original, in order to prepare them for the real challenge. Kale then goes on to explain that a

Theseus, just like the one they fought, runs rampant in the real world. He then goes on to explain that similar to the Theseus they fought. They cannot use magic. However, since they were born from the book, they can use the pages of the book as if it was magic. He warned them that in doing so, The protagonist will be taking the memories from those they know and love. Kale then goes on to tell the protagonist that he cannot accompany them to the real world. Since he wrote the book world similar to real life, he cannot use his Writer abilities in the ‘real world’ to get to the real world. With that out-of-the-way. He mentally prepares himself for what’s to come of the world he lives in. The protagonist and their twin, make their way to the real world and find themselves inside of Kale’s room, or what remains of it at least. As they look at the world around them, they see a fiery hellscape everywhere they look. Similar to what they did in the book world. They fought through multiple hordes of enemies until they found Theseus. The twins then challenge Theseus in order to save the world. Once they got him in a weakened state, they used the remainder of the pages to kill Theseus once and for all.

Unknown/Theseus (Theseus, Deo Tenebrarum et Creationem Intercedit): A person who has lost their memory and seeks out to regain it.

Blaze Xing: A young Elemental Dancer that studies at a mage academy to learn how elemental dancers use magic.

Esreia Von Aierse: The country's princess. Despite her being a princess, she hates living like royalty.

So she frequently sneaks out of the palace to practice her combat techniques, whilst enjoying the peace and quiet of nature.

Numen: The Sage of Light. She’s a rather silent Sage that mostly uses gestures to communicate.
Though, her original name Numen, was lost to time. Now they call her Nu.

Aeternum: The Sage of Dark. Their a surprisingly young looking Sage that is VERY energetic and childish.

Ross: The Sage of Water. He is a rather frigid and cold hearted Sage. Although he can be clumsy at times, it seems like he can't ever do anything right.

Lustre: The Sage of Fire. They’re the most untrustworthy Sage out of the 6 of them. Despite them being the smartest of them all.

Ventus: The Sage of Wind. He is a monster that becomes human only when surrounded by nature. It seems that much is known about him.

Debilitis: The Sage of Electricity. A weak powerless Sage that tries hard to use stronger spells.

Reyn: Reyn Bowall. A Master of Light and Water. He uses these two elements to play tricks on others minds.

He decided to call this an illusion. Some believe that because of this ability, he makes himself seem younger than what he is.

Mieyn Garner: Mieyn Garner. A shy male student that goes to Kenshi High. Despite attending there.

He doesn't like the concept of fighting. If instructed to, he will be cautious around his opponents.

He's a skilled blacksmith. Given that he has always helped your father with the smith shop.

Esom D’han: It's \n[5], your over protective friendly pet dog. For some reason, when he enters a book world with you. He gains the ability to speak and stand on two legs. You‘re troubled as to why this is. It seems that he enjoys hugging people.

I'm honestly thinking about scraping this project. Should I?
It was going to have voice acting after its initial release which is never and a blacksmith/trade/foraging/fishing/ mining system 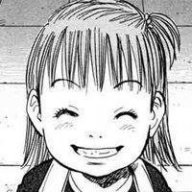 You know, to me it sounds like a story I could enjoy in a game. It also sounds quite ambitious and A LOT of work (especially if you're on your own and not a part of a team). Why are you considering scrapping it? Because of the ideas? Or are you worried about the implementation?

NoPatience said:
You know, to me it sounds like a story I could enjoy in a game. It also sounds quite ambitious and A LOT of work (especially if you're on your own and not a part of a team). Why are you considering scrapping it? Because of the ideas? Or are you worried about the implementation?
Click to expand...

I was originally going to make just a demo so that the world can have a taste of my game, but that got a little too ambitious for me. Since, as you said, I am a on man team. I'm also doing custom UI/Artwork for the game. So yeah, I need a break. Additionally, I'm slowly losing inspiration/becoming unmotivated to finish this project.

Oh wow, a lot on your plate with also the artwork. But the way you planned it out, having it divided into parts, you could release the game in chapters, no? I have no idea what point you're at, but as they say, manageable chunks

A story of plants