Does creating a species count as art? 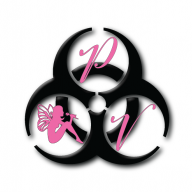 I've created and have been developing a couple of new species. I'd like to put them out there, and see what people think of them. For right now I want to keep them for myself, but I plan on working out their histories, and fleshing out a couple of good characters before I release them for free use.

©Pixie_Virus Hole:
A humanoid creature that resides in the hottest volcanic regions of Del Rosas; Volacane and a smaller kingdom known as Mali. The Holes from Volocane are darker, rougher, often meaner, and prouder than their Malian cousins.
Volocanes have mahogany-obsidian like skin, a patchy mixture of glossy black and a mellow orange-brown and Malians have skin like double flow obsidian, umber instead of black and light amber yellow instead of orange brown. Volocanes have orange-yellow eyes with a slitted pupil, and Malians have yellow orange eyes with a rounder, more human pupil. Both races share claws, a snakelike tongue, and a lizard-like tail matching their skin tones.

They have the same intelligence level as humans.

All members of this species have complete resistance to heat, as the volcanoes are where they make there homes.

On a rare occasion, one is born who can also manipulate the shadows and people attached to them.

©Pixie_Virus Balikisi:
Each breed has adapted to its own environment, and do not get along very well with members of different breeds or species. All are humaniod.

Each have, mimicking fish from their area, fins that grow from the corner of their mouths to just behind their elf-like ears, a dorsal fin that starts at the nape of the neck and ends in the small of their back, small fins on the lateral aspect of their hands and wrists starting at the tip of their pinky to about the middle of their forearm, webbed fingers and toes, and fins on the lateral aspect of their ankles starting mid-calf and ending just above the heel skin. Their gills start just under their chins and run along the jaw bone down both sides of their neck and end at the tips of their collarbones Some have more fins on their heads than others, some have more fins in general than others, and Oceans have a vice instead of legs. All can shed their fishy appearances and walk around looking human.


Species:
River: The most elusive, even though their environments tend to be the smallest. They are found in deep rivers with murky water. They tend to be kombu green, or a muddy sage color. They live on river fish and birds or other animals that stray too close to the shallows. Most often mistaken for crocodiles, as they tend to wear the skins after eating them. It is a highly disagreed on whether or not they still exist. Very intelligent, but still slightly animalistic

Lake: The most dangerous. They are found in lakes and deeper ponds. They tend to be midnight blue, or gray-blue in color. They are more base than the other races and are not beyond luring humans into their waters to enjoy their next meal, but they tend to eat the fish and any livestock that comes too close. They are most likely to show themselves and make friends, but least likely to let you go home. They are much like the sirens of myth. Intelligent, but they most often let their instincts rule.


Ocean: The most peaceful and proper, but they harbor a deep hate for their cousins. They are found in all oceans, and live deep. Unlike the others, they do not share a specific coloring, and can often be mistaken for the many types of ocean fish when viewed from a distance. They are more sophisticated and human-like in their thinking. They eat strictly ocean fish and sea-gulls, and come to parties that they are invited to. Same intelligence level as humans, but all way remember to heed instinct when needed.

All species of Balikisi are hunted, as they produce a valuable secretion fro their skin. It can be used in lamps to color flames, for coloring fabric, or making delicious stews.

There is no way to tell a Balikisi from a human on land. Unless you can get them to smile. Something they do not do.

Once I get a tablet and drawing tool, I'll be able to draw some sketches as well. Feel free to ask questions if you wish!