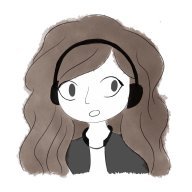 I am starting the process of learning how to make a Horror RPG using RPG Maker VX Ace Lite. I have never made a game before, nor have I learned scripting, but I am willing to learn in order to make this particular game. I am making this game for myself more than anything and haven't decided if I will go public with it or not. Maybe if people like it I will... but it's really just for me.

I want to make a proof of concept game that uses the insanity meter like in Don't Starve. Over time in certain maps, around enemies, and during certain events sanity decreases. (I did see a thread that mentioned just using events to decrease sanity where they relabled the MP as Insanity, but I also want to include the passing of time played in certain maps to increase insanity). As insanity increases, things around the protagonist become more uncanny. There are tricks of the light, shadows move, eyes appear randomly, and things of that nature. Once the insanity reaches a certain level, monsters appear that will attack and damage the playable character. As it continues to decrease either larger and/or more monsters appear to attack the player. Is it possible to make this happen using RPG Maker VX Ace Lite?

If so, I would also like to include a dodge mechanic. The playable character cannot fight the monsters as they are only shadows/figments of the imagination.

I would also include events, like mini-games, that would help improve sanity levels as well as some hold items (like wearable armor) that would slow down the rate of the insanity meter decreasing.
Last edited: Nov 8, 2018

I've moved this thread to Ace Support. Thank you.

I am fairly sure it's possible to replace the actual MP counter with a variable, and use the MP label as "Insanity". You'd then just have to set your various events to start coming up at certain levels of insanity via the page -> "variable >= value" requirements. If you can't do the thing with replacing MP with the variable, just make the MP and variable change in the same ways every time, and the effect would be identical.
You must log in or register to reply here.
Share:
Facebook Twitter Reddit Pinterest Tumblr WhatsApp Email Share Link

Mistakes will be made.
3 minutes ago •••

ATT_Turan
After three years, it was awesome to be back at Gen Con!
9 minutes ago •••

Tanarex
Words of Wisdom: You can be honest and alone. Or dishonest and together.
20 minutes ago •••