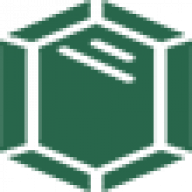 hi, in my game everything is randomized, including having procedural generated levels. Now my question for all of you is, what are some game changing Dungeon Rules that would change the way a player goes through a Dungeon?

Here's what i have so far, I'd like like at least 10 rules with a max of 3 rules per dungeon to randomly generate when a dungeon is entered.

RULES
TIME MOVES TWICE AS FAST
DUNGEON RUN AND BATTLES COST TWICE AS MUCH HUNGER (Hunger is a variable that decreases when you enter a dungeon room or fight a battle, when variable is zero you loose HP per battle or dungeon room you enter.)
CANT USE BASIC ACTIONS (a feature in my game that allows for strategic maneuvers in battle)
CANT ROLL ANY DEFENSIVE MULTIPLIERS (a feature in my game that uses a dice roll system, d6, d4, d10, d12, d20)
MONSTERS DOUBLE ATTACK
MONSTERS HAVE MIRROR (a progressive state that changes every turn to reduce physical damage to 0% then switches to magical damage to 0%)
TRAPS DO DOUBLE DAMAGE
MONSTERS ALWAYS SURPRISE ATTACK

I can't think of any more at the moment, so thats why im seeking suggestions on what *Game Changing Rules to apply to dungeons.

I am thinking of the Law system in FF Tactics Advance but it wouldnt be feasible to implement in RM since most are skill base but maybe take inspiration from some simple mechanics?
Last edited: Feb 7, 2017

How about some dungeon rules that can be good or bad depending on the dungeon itself and your party makeup?

<Damage Type> deals 50% more/less damage.
All status effects other than Instant Death will always apply unless the target is immune.
Every character's <Stat> is switched with their <Other Stat>. (note that it applies to enemies and players alike)
All battles give double exp. and no gold.
All battles give double gold and no exp.

Noxious: toxic gas clouds drift around in the dungeon

This could potentially affect allies and enemies, so a clever player could use those to their advantage by sending an enemy into it.

Those are very good suggestions but would be very difficult to implement.

Damage Type: Not sure how to increase/decrease damage type in mv.
status effect idea: status effects in my already hit 100% but you can still resist.
Switching stats, too hard to implement in mv.
battles give exp/gold switch. my game doesnt give exp in battle, so i wouldnt be able to use this but great idea! actually, i can use this, give double xp when you finish dungeon, but gain no gold in battle. i like it!

environmental hazards, i have lots of these in my game already but can't randomly spawn em due to the procedural generated level script, so i wouldnt be able to use em as a Rule. but i am using hazards.
Last edited: Feb 8, 2017

Pretty good list. I've also decided to limit rules to only one rule a dungeon to simplify it. too many rules complicates coding. lol