Don't know if anyone has been keeping up, but Himeworks just opened a wiki and what do I find smack dab on the front page? D&D support. Its pretty incomplete, but the wiki just appears to have opened as well.

I find this thread of interest because I'm working on converting a combat system similar to AD&D 1st edition, the old Bard's Tale series of CRPGs. They had only Strength, IQ, Dexterity, Constitution and Luck as character stats. AC and a THAC0 are used for physical hits, there are saving throws for magic effects, and monsters can even have the equivalent of Magic Resistance. I'd already independently found a lot of the plugins mentioned above, before finding this thread, and even the Himeworks wiki pages that @fusegu mentioned.
The problems furthest from being resolved, IMHO, are placing combatants at various ranges (Bard's Tale had 10' to 90', can melee only at 10', spells and some monster attacks have max ranges) and handling ridiculously large numbers of monsters (max I know of is 4 groups of 99 each, but even the scenario I'm converting is too much for stock MV with 33 total in one boss fight).

One thing that I can contribute is that I'm very close to deploying a dice-rolling capability into the core engine, by searching formulas for "#d#" uses and substituting the random results (using regex & exec & .replace). At the very least, I can integrate it into Himeworks' Weapon Damage plugin. Surprisingly, I got here by searching on "roll dice" and have yet to find that somebody else has made one.
Also made a "one extra attack per # levels" capability for designated classes using Yanfly's "Weapon Unleash" to overwrite the default Attack with Attack x2, 3, etc., with the cute feature that it reports on level-up the new attack multiple but it's not a visible separate skill.

Surprising this isn't updated more often!
See my post in the Snippets thread for dice-rolling capability both as a function usable in damage formula box and event Script code, and as a patch to the HimeWorks "Weapon Damage" plugin: https://forums.rpgmakerweb.com/index.php?posts/850098/

Also see the Frogboy plugins for talents and skills at https://forums.rpgmakerweb.com/inde...ystem-and-or-character-building-system.92265/

the biggest problem with D&D video games is the implementation of the charisma stat, as it basicly only effects sorceror spells, ability to haggle, and bluff/negociate, making it an odd stat to implement in games that dont have these

@Crimson Dragon Inc.
There's no rule that says you can't have these in a game. Gather Information could be used to give out hints, clues or even secrets that you couldn't possibly know otherwise. Bluff could be a nice escape from sticky situations that would otherwise lead to unwanted conflict or attention. Haggle could be used to get goods a little cheaper. Negotiate could change the world dynamics if desired. And let's not forget the intimidation/attraction aspect of Charisma, either.

It's definitely useless in a straight up hack and slash but with a bit of creativity, you could implement many uses for this Stat, IMO.

@Crimson Dragon Inc. Also nothing wrong with redefining one of the existing RMMV stats to equate to Charisma, as I made ATK -> ST, MAT -> IQ, AGI -> DX, MDF -> CN (Constitution), Luck -> LK for a Bard's Tale setup. Just be aware that the initializing setup in the Database won't let you set a stat to 0, minimum of 1. Somebody said, earlier in this thread I believe, that you can redefine those RMMV things to anything you want as long as you account for how they're used in combat, equipping, etc. I'm not using DEF at all in my combat system, just have to tweak where it shows up in the Party Formation display...

There's always going to be a "dump stat" for anything but a JOAT class, and I agree most D&D video games make CHA it for everyone except classes that require it, because they drop or severely downplay the situations where it's needed. Implementing the stat isn't the hard part, adding the gameplay systems that use it can be. @Frogboy has some really good examples that require design and coding to fit them in as a reasonable alternative to hack-and-slash and inflexible dialogue trees. 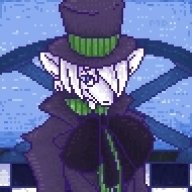 In 5e, there are quite a few spells that require Charisma saves. In fact, pretty much all stats are helpful when resisting various spells, and abilities. Charisma is also the main spell casting stat for not only Sorcerers, but Bards, Warlocks, and Paladins. In fact, it's been said that in 5e that there are probably too many Charisma casters.

Anyway, sorry to bring this post back from the dead, but anyone got updates on this? I've been wanting to implement a 5e system myself, and while I've made some progress, I've hardly have the skill or the time to do it myself. 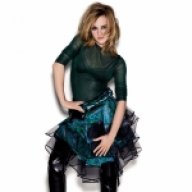 I'm apalogize in advance for another resurection post, but i'm curious if anybody have demos of KlausAidon Bones of Contention or BishoujoHelper The Bard's Lore: The Warrior and The Dragon? They (authors) both nowhere around, use dropbox and both of thiers projects links are dead. And they both doing very clever usage of different range of plugins and mechanics.

(Real life, it is chronically the fourth chapter that I am making.)
31 minutes ago •••