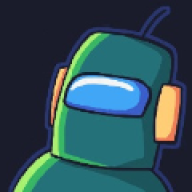 Dunsa's Prophecy is a game created with custom event ABS based on The Legend of Zelda with pixel movement. Creating this project i want to be sure that all you need is your skill and not luck. Basically everything is created by combining Script Calls with Events, but i used 3 core scripts what made my life easier. (4 if we count SkipTitle)

It was a warm spring night. All you could hear were crickets and the rustle of leaves driven by a light wind. Caris, sunk in his comforter dreaming, did not expect that that night would change his life ...

Suddenly an alarm started. Vandole Castle was attacked by an unknown enemy. Kain, Caris's father, set out with the rest of the adults to support Mondfred's army. He ordered his son to stay home. Caris, unable to sleep, awaited his father's return. Minutes and hours passed, the sun began to rise, but Kain did not return. The boy had a bad feeling about this. Although he was terrified, he picked up his father's old bow and decided to go to the castle to look for his him...

To your disposal you will have:
Close range combat. Basic attack that don't need any kind of ammunition. For now you can attack all you want, but I'll consider adding stamina in later phase.

Bow -
A ranged weapon that will allow us to defeat enemies without the need to approach larger groups.
This weapon, however, will have a limited number of arrows that we can buy from merchants, find after defeating opponents or destroying dense grass / flowers.
In addition, it will allow us to control switches at a distance during puzzles.

Dodge -
Jump back 2 squares in the opposite direction to the one we're currently looking at.
A helpful skill while escaping the opponent's attack or when we are surrounded by a larger group.

Flowers and dense grass - you won't be able to add this in your CV as your life achievement, but you can get extra health, money or arrows by simply destroying it.
Bushes can also be destroyed with bow and bombs.

Bombs- speaking of explosives.
Thanks to them, the player will be able to get to previously inaccessible places, where he will be able to find chests with potions, money and even additional items.

You can use explosives not only to destroy walls, but to fight as well. Explosion hits every opponent in a 2.5 (1 block = 48x48 pixels) blocks range.

However, you must be careful not to fall victim to your own weapons, because the bombs also affect you!

It's up to you how you beat your opponent!

Few things i want to add in future:
- Magic in the form of area spells,
- swimming,
- Puzzles - pushing all sorts of things, switches etc.
- Boss fights (each boss has with different technique),
- Sprint, which relies on our stamina. 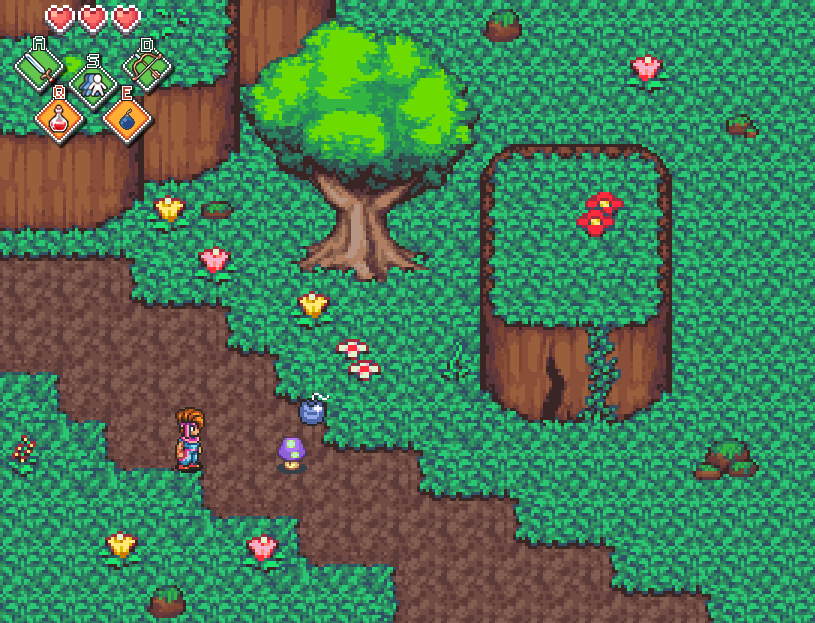 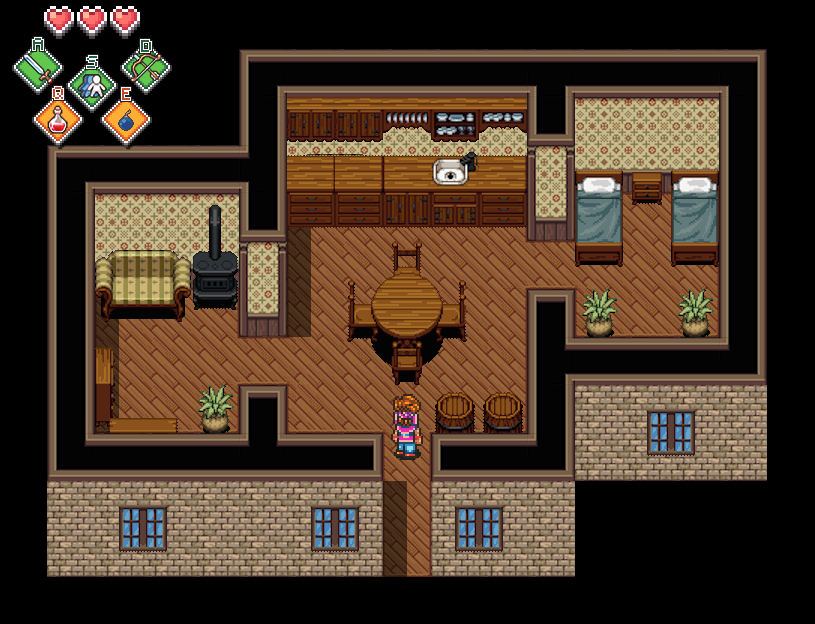 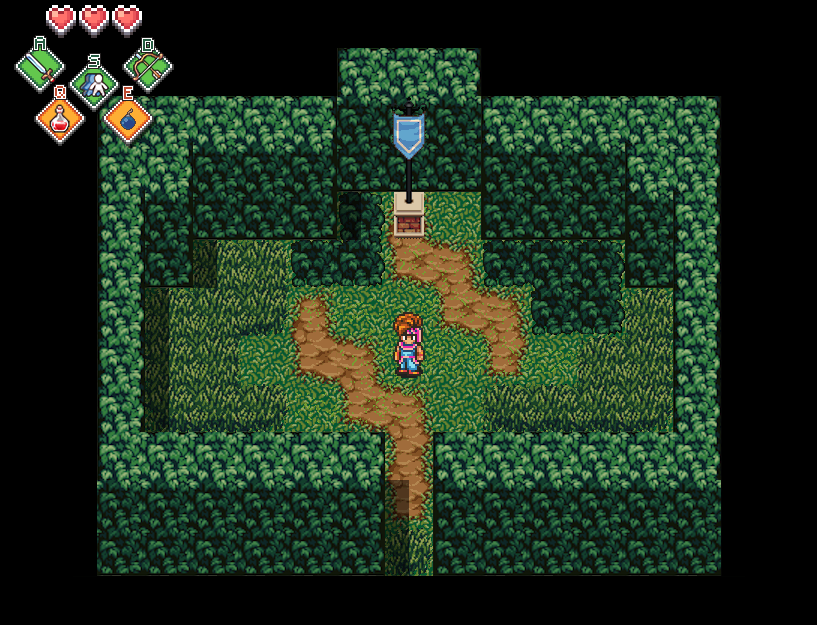 Graphics mainly from Time Fantasy packages, however the graphics of the main character come from the game Secret of Mana. I am also considering using Pixel Myth: Germania.

I know this is not much, but I hope that the information I provided here will encourage you to follow my project. The planned release date is 2020. Why didn't I give any specific date? Well, because I'm not sure if I will be able to keep it.
​
Last edited: Dec 21, 2019

I love the zelda aesthetic in this one! 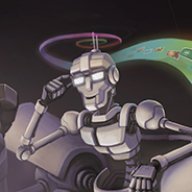 Looks promising! The mechanics is looking pretty cool so far. Good luck with the project! 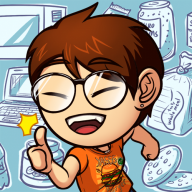 One note, you will want to find a replacement for the Secret of Mana sprite eventually, because that's considered a RIP and might get you into trouble in the future.

@eluukkanen, @Nowis-337 Thank you for kind words! I really appreciate that.

@dragoonwys, I know its a rip, I'll change him later for sure. He's more like placeholder for me now.

Anyway, it's a small fan FREE project, so Square probably wouldn't even care, but i get your point. Thanks for caring! Its very kind.
Last edited: Dec 20, 2019

This looks interesting, and I could see myself possibly playing this. This is just my opinion, but when I see a game compared to another game, it kind of makes me not ever want to play it. Because saying it's like Zelda makes me think I'd be better off going and playing Zelda. It makes it sound like your game isn't good enough to be described as itself. (i.e. I've already played Zelda, and you aren't gonna do Zelda better than the folks who make Zelda)

I really think this looks like it could be good. I get the similarities, I get why you mentioned Zelda. I get that it's a small Free project. I get it, trust me.

It's just my opinion, and if a demo comes out (and Zelda isn't mentioned) I will almost definitely give it a try lol

@standardplayer, I used name "Zeldalike", cuz i dont really know what genre is Zelda. :L
Action Adventure is a big genre and you can put mostly anything there, so I thought it will be nice if i precise what type of game im creating.
Last edited: Dec 20, 2019

Simple Title Screen made with events.​

See, that looks great. That looks like the type of title screen that I wouldn't believe was there if I thought you were a person making an RPGMaker version of a game you liked lol (It happens all too often)

That title screen is great, I love the blur on the background and the different moving layers. The font for the options is nice, as well ^^ 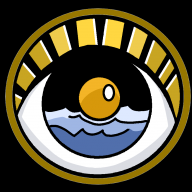 I like the animations and the little icons on the top of the screen! 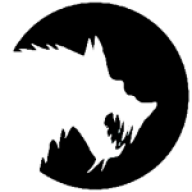 We're waiting for more info about your project CrasheR.
Greetings from Poland

- Map height system. Bow will hit only enemy on the same height as you,

I know its not much, but that system was a pain in the ... to crate. (Still have some small bugs, but its closer than farther to complete ABS.)

Cythera
I got tired of not having an avatar image. Couldn't think of anything cool. So I'm just using my game's antagonist instead... How original. At least both of our names start with C?
43 minutes ago •••