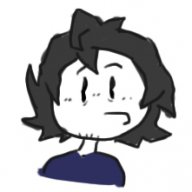 Thank you for taking some of your precious time to view this here post !

Without further ado, I present :

(As you may imagine, there is a certain food group involved here.)

In this "One of a kind Game", as in, there are probably a million games like this one, you will play as Cannelle, a skilled chef in a world where you must fight for your sustenance! Instead of importing spices or growing crops (LAME) you fight very odd monsters in a traditional manner: You each wait your turn as the other bashes your face in ! Fun for the whole family! REALLY!

Up to end of "Tutorial Zone"

-Boring, normal RPG fighting mechanics. Although the scripts make it a little better.

-Your typical "contest to be the best" anime-type crap.

-Many, many easter eggs and references.

This is my very first (offical) game, so naturally expect many flaws and mistakes and br free to point them out, I promise I won't take to badly. I might even not kill you!

This has been lying aroud for a LONG TIME. It might not look like it, but I've been working on this for 9 MONTHS. Normally I'd judge it would have taken something like 1-2 months, but life has been getting in the way a lot. Stupid life! But I suppose I wouldn't be able to work on this if were dead. There's also the issue that there's probably not a single bug that hasn't allready occured on my project. No, really I swear, I hate to seem self-centered, but it's absolutely incredible what randomness makes me waste another 3 hours to find a good workaround. JUST MY LUCK YAY

This game still in a very early stage of development (Only World 1 Stage 3! Can you believe that n00b?!) Wich means a lot can change. For example: It would be disapointing NOT to have a crafting system in this game, given it's inherent nature, so I might add one if it's not to much trouble. I might also add a million other things, only time will tell.

This game feature MY OWN CUSTOM ART!!! MUAHAHA! PREPARE YOUR EYEBALLS! No,seriously. I designed all characters and enemies, and will try to keep that consistant. It's also subject to change during development. If the art's bugging you, I don't know what to say. If you have a constructive tip on how I could improve anything, I'll buy you an imaginary coffee and we'll talk about it.

I made my first game like THIS because I had no interest in making another quest where a young man with blond hair and a red suit saves the world form the evil lord of dragons with the power of the magic crystals.

...And all those that worked on the Steam ReStaff 2013 Collection (Hard to trace who did what)

Ratatouille The Videogame - The City Market

Radiant Historia - Beyond The Wilderness

Magicka - Prelude to (not) a Vampire

And a good day to you all! 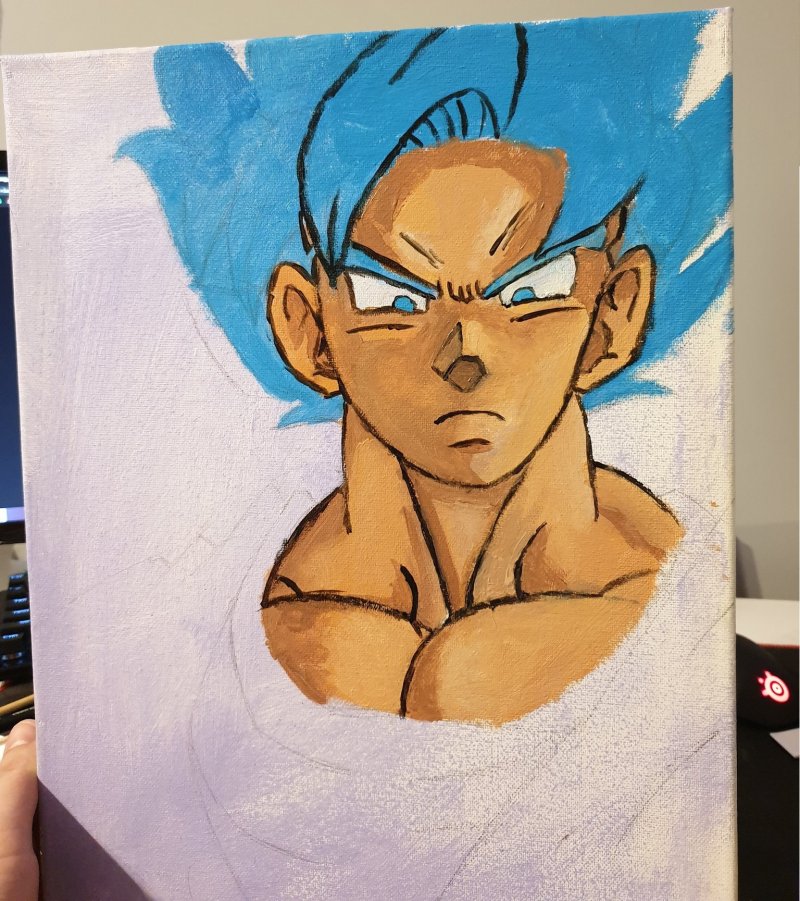 I got tired of pixels, so today I decited to paint Goku.
31 minutes ago •••

AoDLegacy
First time making a modern day style character in pixel art. This will be fun.

Shaz
Signed a lease on a new place today. Back into town, closer to shops, family and takeaway - none of those could be a good thing! 10 days to moving date.
Yesterday at 6:06 PM •••
Beckx
let me introduce you to my worlds source of "wool". A pretty simple-minded, easily scared and mostly blind, double-headed big wooly bird thingy Children may be able to ride on a trained one, but they don't support the weight of adults, so they aren't suitable for transportation. And herders use the shown tool to give them sound commands