Codenamed Vanessa for its main character's name, the story involves a destiny forged in misery and misfortune, and how Vanessa herself tries to go on even under terrible circumstances. There'll be a good quantity of characters that will cross paths with her whilst trying to fix their own problems, but knowing if they'll be able to help her or ruin her life even more is something one as a player will have to discover in their own, miserable adventure.

The project is currently searching for hire, but we can see to skill trade as well. Feel free to take a look at the project lead's deviantart down below.

Current State
Preparing for the Prologue (and demo) named "Blooming in the Abyss", wherein you will be presented with Vanessa's story, the terrible fate she has to endure and a painful choice to make.

There are still 4-5 another characters to be announced for the prologue.

What is it we need?


What can we give you in return, you ask?

1. Each contributor and/or staff involved in the project has their own character in game, well designed to fit the game's realm and story.
2. Drawings/Character designing for skill trading.
3. Free copy of the game and light novel. Also possibly merchandise after it's been finished.

You must be dedicated to the project, and of course like it. You can slack off or make the project a secondary matter in your life, but leaving or forfeiting is inadmisible: apart from creating a lot of problems for the production and the team themselves, we would miss you if you left!

The project started in late 2015 under a different name. We came up with a storyline and the final name in mid 2K16. Now we're focussing in applying what we wrote and compiled into the game.

Initially we had great game artists, but since they're busy with work and college, the only one free now is the project lead, that drifted towards game arts to fill the gap. The progress has been slow due to the lack of people involved and the sole quantity of writing.

We launched a crowdfunding campaign before but we were only able to gather about 170 dollars. Please note that the initial recruitment is not paid, but in the future we can promise the staff their fair due when we're ready to go for the second campaign and possibly end up launching the game commercially.

Thanks to everyone for coming, reading and comenting.
I expect positive feedback from this thread as a fellow RPG games developer. Hope to see you joining soon. 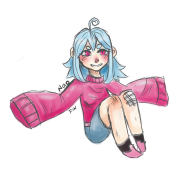 Hello!
Looks really intresting project and that art is awesome!
But yeah eh I like to draw and desing characters, I can use photoshop too to some point (i have basic undrenstanding), tough I am using Paint tool sai currently.
What I am trying to say is, I am intrested but I think I am not skilled enought for your project.
I dont have really much experience, and thats what i am trying to collect here in forum.

But yeah If you somehow need me please let me know. (sorry I am shy and my english is not the best...I unrenstant it tough)

Hi there, I'm pretty decent in Photoshop and I do a lot of GUI for both events and scripts. Here's my workshop for some examples of what I do. https://forums.rpgmakerweb.com/index.php?threads/hexs-house-of-events-and-such.78379/#post-735867
PM me if you like what you see.

You didn't montieoned it up there (or I may skipped it 0.0), but here is a composer for you if needed: https://soundcloud.com/rachma334

I'm really happy seeing all of the response,

Actually been busy with local comic con deadline til this sept, and i may start talking to you directly by pm about details etc after the events.

I'm always open to skill trades. Just contact me in this forum.

I will start sending the pm's by this 24h asap.

Also pardon me for being late in sending message >.< kinda on tight deadline, hope you re still interested hhe

After comic cons, finally i able to resume the progress.
Click to expand...

Custom tileset will be updated soon / later. If there's a graphic artist who interested join me building up this game, please let me know.

More updates will be posted in this thread.

Please tell me if you're still interested, i worried for the applicants lose interest already because i took too long in messaging.

I'm still good to do it. Maybe a bit harder now that school started, but I'm still up for it.

HexMozart88 said:
I'm still good to do it. Maybe a bit harder now that school started, but I'm still up for it.
Click to expand...

Prologue planned release Winter 2017
anyone who interested working for the prologue, please PM me

New music recorded
btw, We're looking for another programmer to work together :'3

dragon1989 said:
sadly i am a newbie just start 2 weeks dont know much execpt basis map making
wish i had more experties and expicnes its look awsome from what i see
Click to expand...

Thanks for the appreciation!

Goodluck for your rpg making too

All hail MogHunter and Yanfly, i just need to replace the rest.

Btw, Crossfate still looking for anyone who interested and qualified for what our needs.
Currently it feels like i'm working alone in creating assets, it takes forever to be done.
Even for a demo contain RTP only, i still need time to focus in the event creations, stats etc.

I hope i can get help in assets creation. I can't offer payment for now, but i'm really serious about making a commercial worth game on this.

Please contact me if you interest
one most vital condition
Consistency, since i don't want to push you hard, so i need a guy who love this project and have a time management.