Tons of people have asked how to port a game to OS X. More than you'd think. The answers provided are not always clear. Here is an easy way to port any RPG Maker game, and it takes less than 10 minutes.

Things you will Need:

1. Wineskin This is what we will use to convert the Game Files to a Single Application, and the final step. You will need this on your Mac.

2. RTP Files This is what we will put into your Game so it will work on a Mac.

If at anytime you are confused by something, skip to Step 10.

Step 1: Open the file 'Game.ini' by right clicking it, and clicking open. It will tell you that Mac doesn't know how to open the file, so click open with application, and open it with TextEdit in your applications. In TextEdit, look for where it will say what it says 'RTP=' If there are any words after the equal sign, delete them BUT LEAVE THE EQUAL SIGN.

Step 3: Now, go to the website that you got the game from and determine what series of RPG Maker it was made in, i.e XP, VX Ace, 2000.

Step 4: Lets assume the game was made in RPG Maker VX Ace. Copy all the folders from the RPG Maker VX Ace RTP folder (this is the second thing you downloaded at the beginning) into the games folder. Make sure the files are put in the proper place. For example, both the game and the RTP folder have a folder called 'Audio'. In that folder there are 4 folders called 'BGM', 'BGS', 'ME' and 'SE.' Copy all the songs in the BGM folder from the RTP folder to the BGM folder in the Audio folder in the games files. If a message comes up saying there can't be two of the same thing in the folder, just hit 'Replace'. If there is a folder (for example, 'Graphics') which is in the RTP folder but not the game folder, copy that folder to the main "area" of the games files, where you dragged 'Game.ini' and where 'Game.exe' is.

Step 5: Now that we tricked the game into thinking the RTP was in the game, and actually put the RTP files in the game, we need to make it all work on a Mac. Since Macs can't open .exe files (which is used to start the game) we will use a free, safe software made for making Windows only files work on Macs. It's called Wineskin, and after you download it (link at top of this section) open it up. (By the way, Wineskin doesn't only work for RPG Maker games. It works for nearly all PC only applications.) First, we have to set up Wineskin. There should be a message saying "New engines available!". Click the + button, and a new window called "Add Engine" should appear. Click the scroll list where it says "WS9Wine1.7.29" (If the numbers are different, thats ok. It just means there is a new version out that wasn't out when this was typed). Scroll to the top of that list and click the top option that doesn't have any words next to it, such as D3DBoost or NoFlicker. Now click "Download and Install"

Step 6: On the main screen, look for where it says "Wrapper Version". If you can, click "Update" and get the latest version.

Step 7: Now click "Create New Blank Wrapper" and type the desired name. WARNING: You can not change this later without creating a new wrapper.

Step 8: While it creates the wrapper, it might ask you if it is ok to install two things. Make sure you let these install.

Step 9: After the wrapper is completed, click "View Wrapper in Finder". It will open a new finder window and show you the wrapper itself. For ease of use, I recommend dragging this to your desktop, or some easy to access folder in your computer, instead of buried in the default location. Double click it, and you will see a menu with a tab called "Install Software". 3 options will appear, so let me go over those. The first option lets you run a single .exe file. This means the entire game would have to be in that one file. The second option is to copy a folder inside. This simply copies the folder you select into the wineskin. The third option is to move the folder into the application. I recommend the 2nd option, to copy. We can't use the first option because the game is using a whole folder, not just a single file. If you use the third option, and something goes wrong and it doesn't work, you can't get the folder back. Click either the 2nd or 3rd option (2nd recommended), and select the folder that contains ALL your game data. Let it load it in for a bit, then a new window will pop up asking you to select a .exe file. In most cases, you should only have one choice. If not, select "game.exe" Click "Ok" then close out Wineskin. When you re-open it, it should load the game after a few seconds.

Step 10: Finished! If you don't understand something, or something went wrong, feel free to let me know on my Gamejolt profile or comment below.

hello!! I followed all the directions, but I get a pop-up window from the game that says "Unable to find VL Gothic font." This is at the final step when I go to open the game. Was there something I missed? 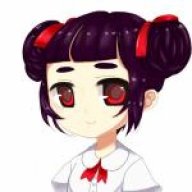 constellationings, you probably didnt download all the fonts required for the game you're trying to play. read the readme (most games have them) and it'll most likely tell you that you need to install that font you mentioned

usually there are font files you can install within the game folder
Last edited by a moderator: Aug 9, 2015

VL Gothic is the default RMVXA font, it usually isn't in the games themselves.


Search it on a windows system with Ace and simply copy the font file, then install it on the mac.


If you are having an issue with a game made by someone else, there's not a lot that we can do to help you. I suggest you contact the developer to try and resolve any problems.