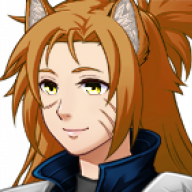 I edited some of the male mouths so they fit better on the women for myself and I thought I'd upload them in case anyone else wanted them. You don't need to give credit or anything if you use them. These won't work. How do I make them function for my character generator? I put them in but it refuses to acknowledge their existence. 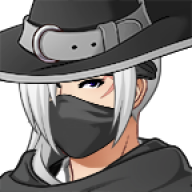 Example: "FG_Mouth_p14_c1_m001" in the face folder must have the same number as "icon_Mouth_p14" in the variation folder.

The number that must match is the one after "p"

For any graphic to appear in your generator it must have a matching Variation graphic.
Hope this helps

I completely forgot to add the variation pictures, I've edited the file now so the variation stuff is there with it. Sorry about that. 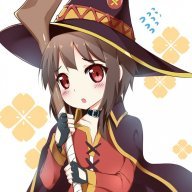 Ponika said:
These won't work. How do I make them function for my character generator? I put them in but it refuses to acknowledge their existence.
Click to expand...

The problem with generator parts is how the filename must be formatted. To know how to properly name a part, you have to understand how it works.

FG refers to the fact it is for the face, probably meaning "face generator" which part of of the character generator. FrontHair is the name of the type of part used for the face. p15 is the part number. It is the 15th and the last listed item of the front hairs so if you want to add a new item you have to change that to p16. c1 refers to the color number and since it is 1, it refers to the first color named "main color" in the editor. If it says c2, it is the first sub color.

It is very possible to edit a part to allow more colors to different parts but that is a bit more advanced and unrelated to this, thus a subject for another time.

The m003 part is where it can get a bit confusing. It refers to the layer it is on but it means material. While it may look like a higher number should mean it would appear over a lower numbered one, it is the exact opposite. This means m003 is lower than m002.

Lastly if an image has the same part number but not the same material number it means they are of the same part but not the same material. You can see this for yourself by opening the image in an image manipulator software such as GIMP and combining the two. However you MUST keep the images separate. Now you might be wondering what the point is. It's because of how coloring different sections of a part works in MV thus the c1, c2, and so on.

But even if there is only 1 color, the material part is still important, so don't remove it for any reason. From what I can see tho, only certain eye parts are missing the material number, not sure why. Don't worry about those tho.

3D games also do this to keep the textures and colors to specific parts of a model either to make them more easily editable or to prevent textures from affecting a part in a way they are not supposed to (or both). It gets a bit confusing though because the different materials can use the same texture. So it's basically how make it so a change on one part doesn't affect another. Such as removing shoes to expose the feet without also taking the shirt off. Now if the shirt were removed as well, it immediately means they are using the same material.

... And now I have gone a little off topic so I will end it here before I end up ranting about stupid game development decisions. 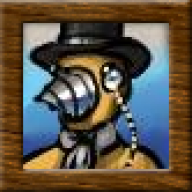 gaymerwithnogame said:
I edited some of the male mouths so they fit better on the women for myself and I thought I'd upload them in case anyone else wanted them. You don't need to give credit or anything if you use them.

There's already those in the game though, unless you mean you just want different ones? 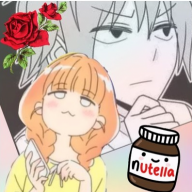 Hey i don't know where to find this but do you guys know where i can find a file that has both male and female generator parts mixed together?

Ely said:
Hey i don't know where to find this but do you guys know where i can find a file that has both male and female generator parts mixed together?
Click to expand...

I don't think there's a file anywhere that has them all in already, you have to merge them yourself. If you don't know how to do it, here's a guide: https://steamcommunity.com/sharedfiles/filedetails/?id=541956193

Eliaquim
Anyone know the best size image to put in signature?
3 minutes ago •••

rux
The most words I have ever written in an entire document is in my game's script, jeez i have a lot of characters that ramble on
Today at 2:53 AM •••